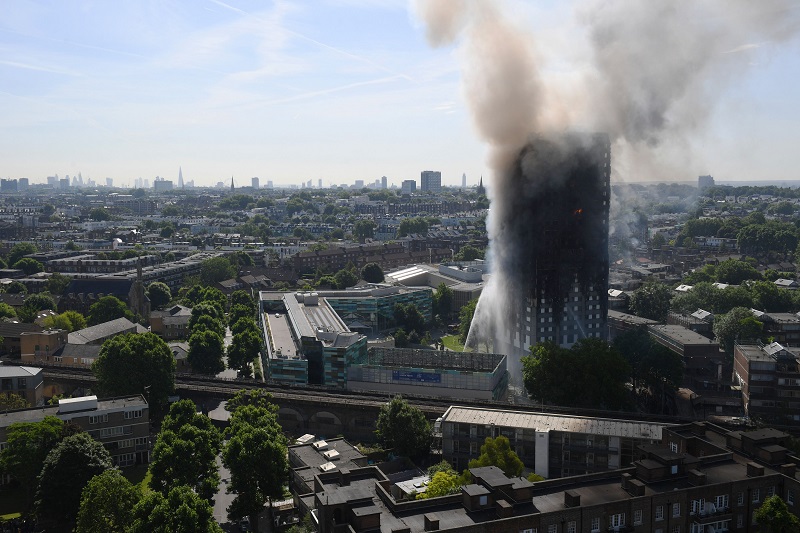 Two schools in London have been found to have combustible cladding during tests carried out by the government following the Grenfell blaze.

Checks on schools with Aluminium Composite Material that were over four storeys – or above 18 metres – began last month.

So far just two schools have been tested to see if their cladding was flammable, and the Department for Education (DfE) today announced both had similar cladding to Grenfell Tower and as such failed the tests.

The government said one school was the London Enterprise Academy in Whitechapel, a secondary academy, and the other was Bridge Primary School in Islington, a primary special school which is part of a residential block which has ACM cladding that has not passed combustibility tests.

Both affected schools have now been informed.

As a “precautionary step”, both schools have already been inspected by the Fire and Rescue Service who confirmed appropriate measures are in place to mitigate the risks from potential fire, and the buildings have now been “declared safe for continued use”.

The DfE added that both buildings have been designed to meet “stringent” fire safety requirements and evacuation procedures are “routinely tested as part of fire drills”.

“The department is continuing to work closely with the schools concerned to support them and ensure all the necessary steps are taken to ensure the continued safety of the buildings.”

The cladding checks follows the Grenfell Tower blaze where more than 70 people are confirmed dead, when a huge fire erupted at the 24-storey housing block in west London on June 12, with the toll expected to rise considerably.

Updates on further cladding test results for schools will be released as they “become available”, the DfE said.

Today’s announcement added: “All schools already have to follow a range of strict fire safety regulations designed to ensure they are as safe as possible and extremely well prepared in the event of a fire. They must have robust plans to follow in the event of a fire, conduct regular fire drills, install sprinklers if an assessment deems them necessary and typically have multiple exit routes.”