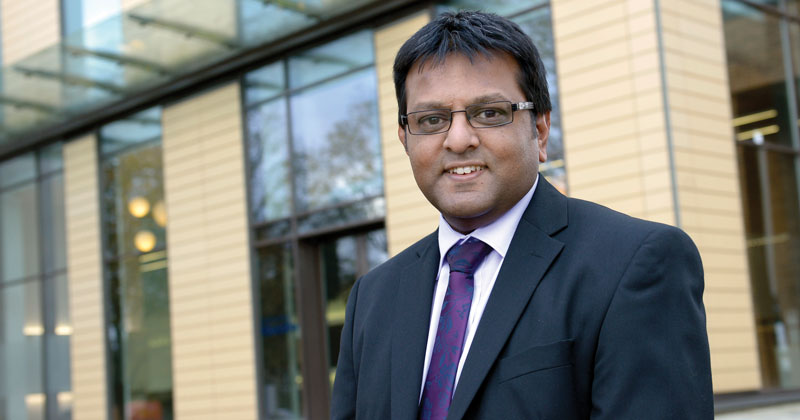 An academy permitted by its regional schools commissioner to change the year groups it admits has cancelled the plan for September after just nine pupils applied for places.

Tudor Grange Academy in Worcestershire admitted year 7s for the first time last September after gaining approval in 2015 from the former West Midlands RSC, Pank Patel (pictured), to expand from an upper high school with a year 9 entry point. But this year’s planned early intake was shelved after the low number of applications.

Patel’s decision ignored opposition from other schools, the local authority, Redditch MP Karen Lumley, and parents. They all feared the move would “decimate” the town’s three-tier system.

Sharon Harvey, a parent who campaigned against the changes, said parents had “voted with their feet”, adding that RSC decisions needed to be “more transparent”.

“More information [on decision making] should be available because we have to have trust in the schools commissioner office, and that they are making the decisions in the best interests.

“It’s frustrating when you’re not listened to, and then the academy backs out.”

A spokesperson for Tudor Grange said it was unable to operate a viable curriculum with eight pupils (one pupil moved out of the area after applying).

Only 19 pupils applied to join the school’s year 7 intake last year, according to the Redditch Standard. A business case submitted to the RSC said the school expected an intake of 90, with a planned eventual admission of 180.

Jodie Bolter, the school’s principal, said there would be some “nervousness about the future of the school if numbers remain low”.

Some staff have taken secondments at other schools in the Tudor Grange Academy Trust and in local schools outside the trust, with the intention of returning once numbers increased.

The school said it has not ruled out taking year 7s again next year.

But Marc Bayliss, Worcestershire’s cabinet member for children and families, said: “The decision was made with undue haste and clearly did not work.

“This is one of the problems you get when [you have] sponsors that don’t listen and have an attitude that they know best . . . the Redditch school system has been adversely affected.”

Three other schools in the region have also converted their age range.

The Department for Education (DfE) said the RSCs did have detailed local knowledge and that it would be misleading to suggest otherwise.

“RSCs work closely with headteacher boards and use their expertise and local knowledge to determine the most appropriate action for schools in their area.”

But Bayliss said that local stakeholders should be much more involved in decisions. “School commissioners need to work on partnerships with local authorities who know the areas. I’m all for allowing innovation in the system for progress, but only when it’s well thought through – this is not an example of that.”