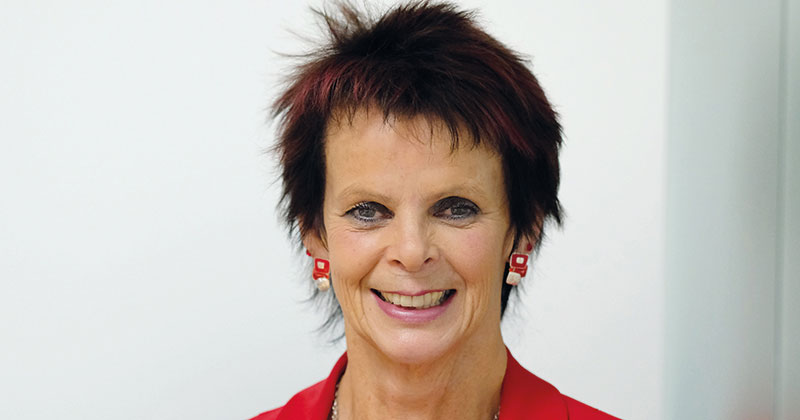 Ten large academy trusts flouting the Baker clause will be issued with letters from the skills minister to “remind them of their legal duty”.

The announcement comes just a day after secretary of state Damian Hinds said writing to schools wouldn’t be “done lightly” and sending letters was a “rare thing to do”.

Anne Milton, pictured, the skills minister, has been warning since August that the government would directly intervene where schools were flouting rules, but it believed that no intervention has yet taken place.

Despite the announcement she will write to the 10 largest multi-academy trusts who are not complying with the clause to remind them of their duties, the Department for Education said the letters are being classed as a ‘reminder’ rather than an intervention.

The press release accompanying the announcement said the government will “take appropriate action” if there is further evidence schools are failing to provide their students with a full range of information.

Just yesterday, secretary of state Damian Hinds used his appearance before the education select committee to insist he would not be “heavy handed” with schools with regards to the clause.

He told the committee: “Ultimately, if there’s total intransigence – and this isn’t something we wouldn’t do lightly – there’s the option for the minister to write to the school to remind them of their duties to ensure compliance. But the intention of this is not that we’re going to be getting into sending direction letters to schools, that’s not the idea at all.”

Asked by Ben Bradley if the way to ensure compliance was really just a “strongly worded letter”, Hinds said: “In this line of work that is quite a rare thing to do”.

The controversial Baker clause requires schools to publish a policy statement online to show how they ensure education and training providers can access pupils to talk about technical education and apprenticeships.

Schools must also publish details about the careers programmes they offer, how the success of these programmes are measured and when the published information will be reviewed.

However, a report from the Institute for Public Policy Research last week found that two thirds of secondary school were failing to follow the rules, with providers voicing concerns about a “lack of any real consequences”.

A Schools Week investigation in September found that all of the 10 biggest multi-academy trusts in England had failed to comply fully with the requirements.

The government has launched the ‘Fire it Up’ campaign today, Thursday, to promote the variety of apprenticeship options available.

The campaign will include national TV and social media adverts, as well as a new website providing advice, information and access to thousands of apprenticeship opportunities across the country.

Announcing the campaign, Hinds complained that “outdated and snobby attitudes” were getting in the way of people taking up apprenticeships.

He said: “We need to make sure that young people have access to information about all of the opportunities that are out there so we are taking action to make sure all schools invite a wide range of providers in to help young people choose the right career path for them”.