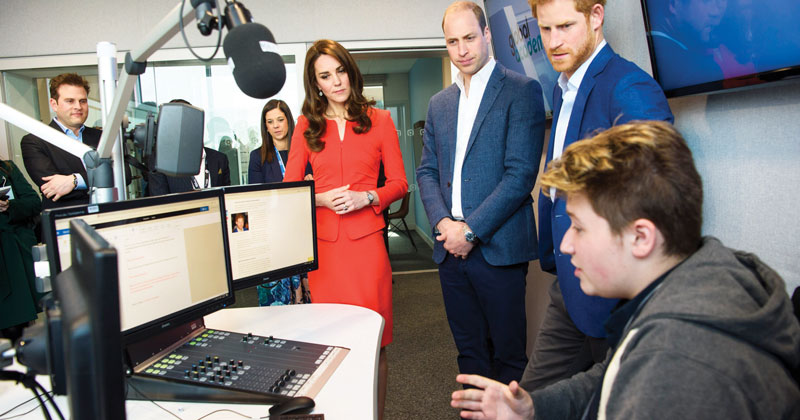 A trio of royals were on hand to open a new state school in west London that prepares students for a career in the media.

The Duke and Duchess of Cambridge, with Prince Harry, last week visited The Global Academy in Hayes, founded and operated by the media and entertainment group Global. In a special assembly Prince William unveiled an original microphone used by King George VI to announce the outbreak of the Second World War.

During their visit the trio was given a tour of classrooms to see pupils learning about the science of sound and undertaking an audio project that included listening to EMI’s vinyl recordings of early Royal Family speeches.

The new school offers academic and vocational training for students aged 14 to 19 who are looking to pursue careers in broadcasting and digital media. It hopes to reach its full capacity of 800 students by 2020.