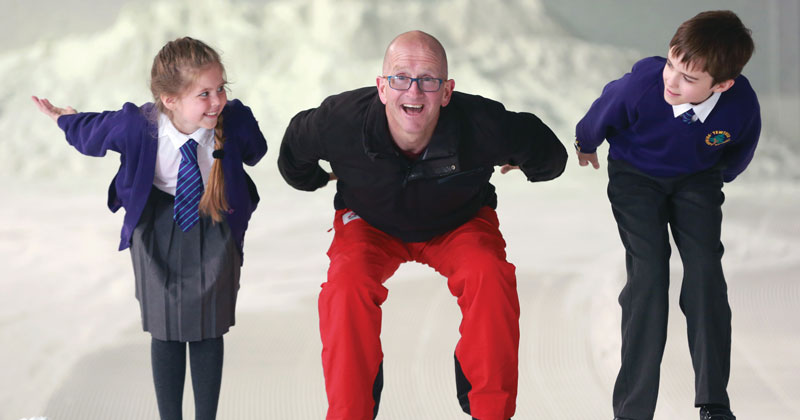 Eddie “The Eagle” Edwards has helped to launch a national campaign that will encourage schoolchildren to try snowsports.

Speaking to Schools Week, Edwards said he started skiing on a school ski trip “and it led to the Olympic Games. I’ve always wanted to encourage as many people – young and old – to have a go at skiing, so this campaign was the perfect vehicle to do that.”

You’re not quite as frightened when you’re little

During the campaign, which runs until Sunday, April 30, 25 dry slopes across the country will give pupils the chance to try out a variety of sports without cost being a limiting factor.

Pupils can try skiing, snowboarding, rollerskiing, luging – even sno-tubing – during a series of taster sessions. Some will be free, others up to £1 per pupil.

About 2,000 children are set to be involved.

Edwards – whose real name is Michael – gained fame the 1988 Calgary Winter Olympics. Sharing his tips for pupils to overcome their fears, he said: “You’re going to fall over, but relax and you’ll be fine. Sometimes the fear of falling over is worse than the fall itself, and once it has happened, you realise it’s not that bad and it’ll give you confidence to go that little bit faster.

If your schools wants to get involved, go to the National Schools Snowsport Week website. To find your nearest participating ski slope, click here