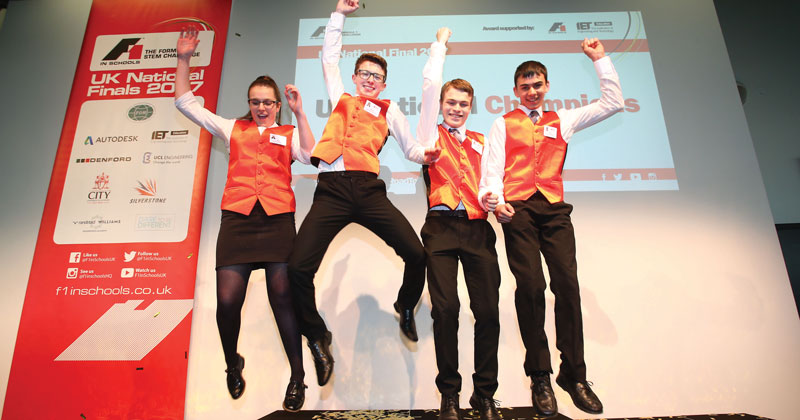 A team of four from the WMG Academy for Young Engineers in Coventry will test their skills on a world stage after they were crowned the UK champions of the F1 in Schools challenge.

The global challenge pits young engineers against each other to make their own miniature Formula One cars that are then tested on a track.

As UK winners they received a piece of Denford technology worth £10,000 for their school and tickets to the Grand Prix, including a tour of the Formula One paddock.

The team was also awarded two £5,000 annual grants for a mechanical engineering course at UCL Engineering. The students will decide who will take up the bursaries.

Eddie, the team manager, said: “It feels great to have won. We have a mix of experience, with me having been to the nationals three times, but never making it to the world finals.

“Persistence, giving up our social time and total dedication to the competition has really paid off.”