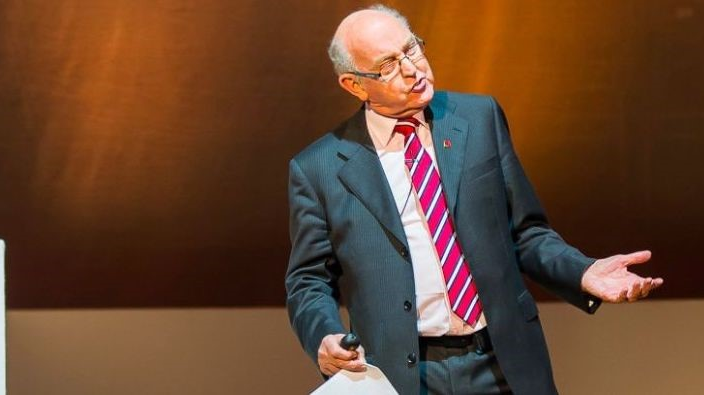 Tributes have been paid to the founder of school improvement network PiXL, Sir John Rowling, after his death yesterday.

The organisation said today Rowling died after a short illness, adding his vision of “a ‘better future and brighter hope’ for young people will remain as we partner together to continue his work”.

PiXL emerged in 2005 out of the London Challenge when 50 member schools decided to continue the model of collaboration. It now supports nearly 3,000 schools across the country.

Brian Lightman, former general secretary of the Association of School and College Leaders, tweeted today: “The reaction to this saddest of news says it all. Sir John was one of the kindest, wisest and most inspirational people I have known.

“He has made a difference to the lives of so many young people and members of our profession. Like so many others I have learnt so much from him.”

Rowling was a teacher for 40 years, with 19 of these as headteacher of Nunthorpe school, in Middlesbrough.

John Philip, an education consultant, added: “Sir John was one of the finest educationalists of his generation. His leadership of PiXL was inspirational to thousands of teachers and transformational to millions of students.”

But the organisation has somewhat divided those in the sector.

Chief inspector Amanda Spielman said during a speech at the Festival of Education in 2018 that the inspectorate’s new framework, focusing more on curriculum rather than outcomes, would “help to undo the ‘Pixlification’ of education in recent years”.

Schools Week revealed in 2015 PiXL was urging schools to enter “vulnerable” pupils into the ECDL qualification – worth the equivalent of a GCSE – that could be taught in just three days.

At the time, Rowling denied this amounted to gaming and said there was a “real crisis” in schools.

“The interest of kids and schools are set at odds against each other by the system. I don’t sit in judgment of schools that live in fear of their jobs.”

He said that the qualification helped schools safeguard against variations in marking and grade boundaries, and ensured pupils secured a sixth-form place. However the qualification was later pulled from counting in league tables.

Dan Moynihan, chief executive of the Harris Federation, said: “For many of our children qualifications are all they have in their hands at a job interview or college application and beyond.

“Their GCSEs are crucial. Ofsted is valuing curriculum over qualifications. The pendulum has swung too far.”