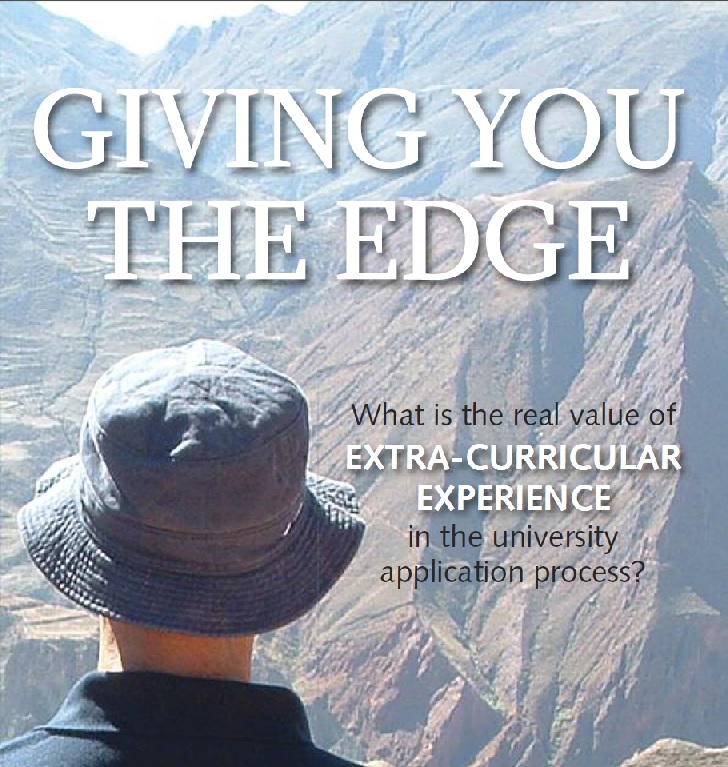 Russell Group universities are beginning to play catch up with their modern counterparts in recognising the importance of extra-curricular activities in students’ applications, a report has said.

The findings by World Challenge – which provides student-led expeditions – show this split between the elite and more modern universities is starting to close.

The report, which found 58.5 per cent of universities believe extra-curricular activities are more important now than 10 years ago, said new universities are “proud” of always taking a “holistic approach” in the decision-making process.

The report adds that Oxbridge are perceived to only look at academic grades from applicants, although Russell Group universities are starting to recognise the importance of extra-curricular activities.

The report said: “The extent to which extra-curricular experience plays a part in the decision making process for universities, and the stage at which it is considered, varies greatly both between and within institutions.

“Newer universities are proud of always having taken a holistic view of a student’s application whilst more elite Russell Group universities are now beginning to place more focus on this in light of the widening participation agenda.

“Within the same institution, more vocational courses and those which are over-subscribed could be looking for evidence of skills and attributes beyond academic learning, whilst purely academic courses and under-subscribed courses would look for minimum academic requirements to have been met.”

The report said the sector is, however, split as to whether the admissions process places enough value on extra-curricular activities – 46.2 per cent believe it does not, 44.6 per cent think it does.

World Challenge also believes the decoupling of AS Levels from A Levels, which could lead to more unreliable grades, will push the focus from admissions tutors to extra-curricular activities.

The report said the top three ‘soft-skills’ that universities are looking for are communication (64.6 per cent), planning/organisation (46.2 per cent) and independence (38.5 per cent). While students perceived the most valuable to be communication, responsibility and team-work.

Group managing director Matt Eastlake said: “The challenge for students and teachers is to know exactly what universities are looking for due to the range of different perceptions throughout the sector.

“Overall the general advice is that students need to really think about what extra-curricular activities are going to be most relevant and have most impact on their personal development.

“It is about quality over quantity; not necessarily filling your time with every opportunity possible but focusing on a couple of really key activities that will best prepare you for where you want to go in life.”