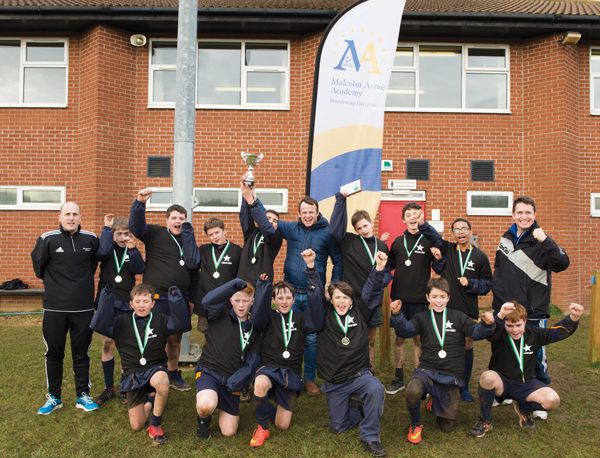 Held at the Sleaford Rugby Club in Lincolnshire, the top teams from the trust’s secondary academies battled it out for the top prize.

Mr Healey — one-time winner of Strictly Come Dancing — was on hand to give advice to the players and to deliver masterclasses.

He picked John Price, a student at Havelock Academy, Grimsby, as “player of the day”.

The under-13s player said: “I was shocked and surprised, but I was also buzzing.”

Malcolm Arnold Academy in Northampton took home the double after winning in both the under-13s and under-15s.

Shane Ward, sports enrichment manager for the trust, said: “It was fantastic that Austin Healey could join us for the second year running. He is a real inspiration for our students who are keen to improve their skills and develop even further in the sport.”