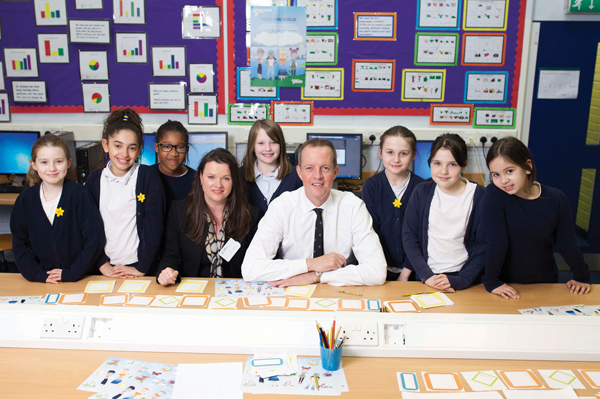 Female tech workers of the future were given a special boost recently with a visit from Skills Minister Nick Boles.

The girls were working on a coding activity, led by volunteers from the John Lewis Partnership.

They had to use algorithms to describe how they made their breakfast that morning. It sounds complicated but was part of an activity designed to show the girls that algorithms are nothing to be afraid of — that they are something they use every day without even knowing it.

Launched in 2005, TechFuture Girls aims to challenge the gender imbalance in the industry by demonstrating the possibilities of careers in tech to girls at the age they typically “switch off” the subject.

Deputy Head of St Vincent de Paul, Anne Fothergill, said: “TechFuture Girls makes a real difference to the girls that are part of it. Getting to work closely with the volunteers each week boosts their confidence and the activities help to build their skills across a whole range of subjects from maths and IT to English.”

The TechFuture Girls clubs are run free to schools across the UK.