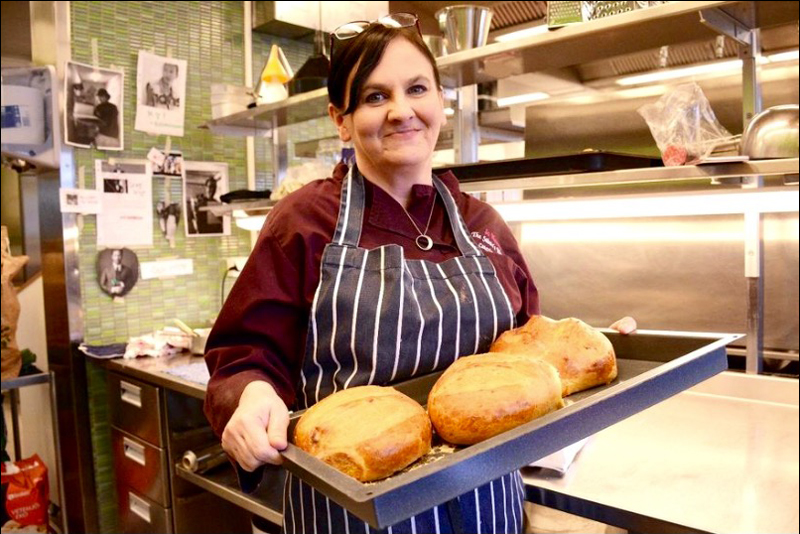 A high-profile school chef, who was in the final of a national TV cooking show, has been made redundant after the government ended its grant to help small schools fund free meals for infant pupils.

Her “transformational” school dinners led to national recognition when she was selected to serve lunch at the House of Commons during National School Meals Week in November, and being chosen as a finalist in the BBC Radio 4’s Food & Farming Awards for school cook of the year.

But Wotton said as result of the government ending its annual £2,300 grant to help small schools fund free meals for their infant pupils, the school could no longer afford her services.

The disclosure comes after Schools Week revealed in January the government will not publish a report on the financial viability of small schools providing free school meals. The report supposedly called for more cash to help support small schools provide meals.

Wotton told Schools Week she will “really miss” the job, but understood why she was made redundant. “I can see the logic… The government cut means the school’s budget is so tight and the funding is no longer there for me.”

Stuart Renshaw, principal of The Saints Way multi-academy trust, explained the decision: “Our small schools need to cater in-house in excess of 60 meals per day to have any profit, which is very difficult to sustain over a long period of time.

“With the notification of the loss of the small schools grant coupled with the fact that rarely did the small kitchens make a profit, we had to reduce overheads and make the post of catering manager redundant.

“It was a very difficult decision as Jo Wotton had achieved a great deal with the catering across the schools and did much to promote the trust both locally and nationally.”

The government introduced universal infant free school meals (UIFSM) in September 2014 for all pupils in their first three years at school.

The policy gave every primary school a flat rate of £2.30 per child, per meal, with extra money made available for schools with fewer than 150 pupils – but the latter was stopped in January.

Wotton said she learnt of her redundancy, which takes effect as of August 31, just two days after she appeared on BBC Radio 4 with restaurateur and former school food advisor John Vincent, who spoke about the Department for Education’s (DfE) refusal to publish the report on the financial viability of providing free school meals to all infants in small schools.

Wotton, who was a contributor to the report, said the policy was implemented “very quickly” and did not believe “anybody ever sat down and looked at it and saw the problems”.

“The government went with the one-size-fits-all approach and that doesn’t work.”

Neil Short, an education consultant and chair of the National Association for Small Schools, said the “sad story” of Wotton is “yet another episode in the continuing stories which have unfolded” since the decision to scrap the extra UIFSM funding.

He told Schools Week: “Heads are being faced with decisions which balance the myriad of needs of the school and the need to ensure UIFSM is delivered. That they are forced to do so will continue to bring stories similar to Jo Wotton to the fore.”

Andy Jolley, a former school governor and blogger who has raised issues with the problem of UIFSM for small schools, said Wotton’s story was “yet another nail in the coffin” of small schools who “simply won’t be able to find an extra £3,000 from their already tight budgets”.

He said: “It’s symptomatic of the DfE’s attitude to both school food and small schools that their cuts can lead to the redundancy of one of our top school chefs.”

The DfE has previously said it is “disingenuous” to say the government cut the funding. “We were clear from the start that the funding to help small schools with the transition to UIFSM was a short term offering, initially for one year and then extended for a second.

“We paid them an extra £32.5 million over two years – over and above the £600 million a year that we are spending on the policy as a whole.”

But Jolley added: “The government underfunded the policy and doesn’t care about the consequences, hiding behind semantics of the grant being temporary or transitionary rather than face the reality that the policy is still underfunded and it’s our small schools who are suffering most.”