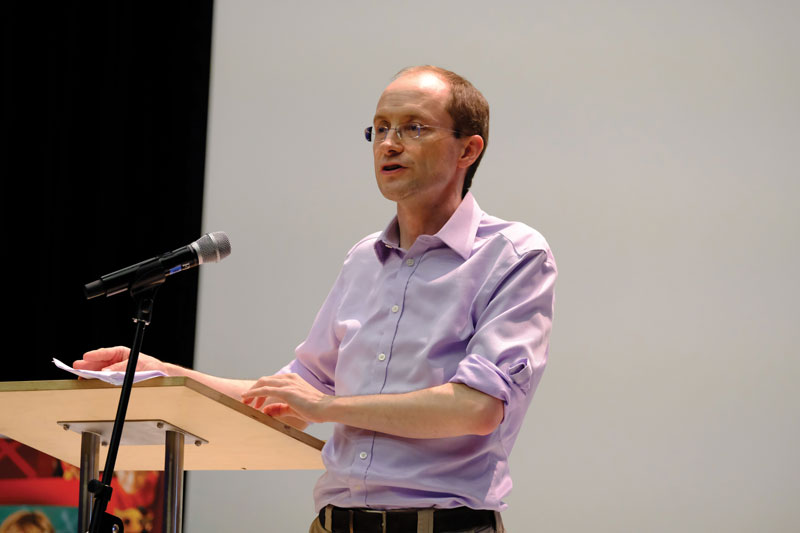 Use evidence and examples and avoid insulting ministers or writing “a diatribe” if you want to get yourself heard in government consultations.

This advice from Tim Leunig the Department for Education’s chief analyst, at the researchED conference on Saturday could not have come at a more relevant time, as educationists across England prepare to tell the government what they think of its plan to create new grammar schools.

Leunig, a London School of Economics academic currently on a leave of absence as a key adviser to the DfE, insisted the government did listen to people, and that consultations were never a “sham”.

“We listen least when people just write a diatribe, and we listen not at all when people simply insult the motives of the politicians concerned.”

Leunig, who admitted that he had read more than 1,000 responses to a recent survey on school accountability, said members of the public who wanted to influence ministers should respond to consultations stating who they were and why they should be listened to, and explain their point of view with “evidence and examples”.

Leunig told delegates there was “an evidence base for expanding grammar schools”, adding: “They want to [expand], and for the children who go there from poor backgrounds and middling backgrounds to do well. Ofsted says they’re good schools.

“For those who oppose grammar schools, you need to ask yourself a question, if your views are sincerely held and you hold a stronger evidence base than the one that I have outlined, as to why have you not been successful in persuading people of that?”

He added that the prime minister had been “absolutely adamant she did not want to return to the system of the past.

“This was not a simple speech that said ‘grammar schools are good and we should have more of them’,” he said.

The academic also spoke about representations from the education sector changing the government’s mind on policy, such as the decision to scrap the proposed C-grade threshold for English and maths under Progress 8.

“Every one of the maths organisations wrote in pleading with us not to have a C grade threshold in maths. They said it was distorting maths teaching, that it was leading to teaching to the test.

“We changed our position because outsiders wrote in.”

He admitted there were times when ministers were “uninterested in evidence”, but said there were reasons for this.

“Issues such as ‘should students study history until the age of 16 or not’ are not issues on which there is an obvious evidence base that anyone can use.

“At the opposite extreme there are issues in which ministers are categorically and absolutely evidence-driven. No minister has ever said ‘oh I don’t care what the evidence says on asbestos’. I can’t imagine any minister would ever do that.”