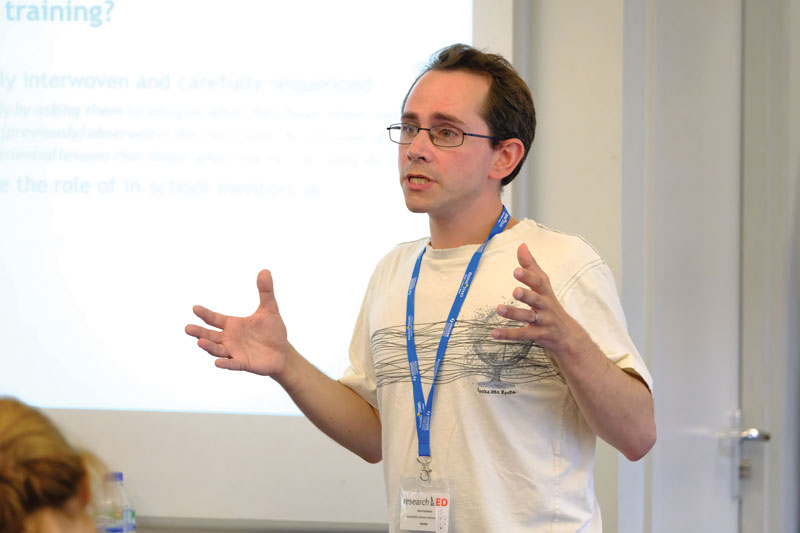 This was not your usual anti-government opposition.

“How do we defeat this pile of garbage in parliament?” Sam Freedman, the former adviser to Michael Gove, said to delegates as he pumped his fist.

The session “How to win the argument against opening new grammar schools” featured a coalition of education community members presenting their views on the  green paper and how it might be thwarted.

Freedman, who now works as an executive director at Teach First, said the grammar school plans were a long way from implementation but that, if it moved quickly, the government could create a more serious proposal within a year.

He also said it was vital teachers responded to the consultation. “For God’s sake do apply for the consultation… I know people think that the government never reads them but if 97 per cent of people who write in are against it, it will be hard for them to hide it.”

Allen used data to show how pupils in secondary moderns have worse outcomes than similar pupils in comprehensive schools, though she warned against rubbishing “our colleagues” who worked in them.

“Grammars have an easier time recruiting teachers, keeping teachers, and have more experienced teachers. That’s quite an uncomfortable argument to have to make, but the evidence shows that secondary moderns are struggling to recruit well-qualified staff who will keep their job.”

Allen also revealed data showing the differential pass rate on the 11-plus for pupils from poorer families. In the three largest selective areas, 18 per cent of pupils on free school meals pass the test, whereas 35 per cent of other pupils do.

Porter described how he joined the Conservative party when he became a teacher because he believed Michael Gove’s policies on the curriculum showed “that all children regardless of background deserve a traditional academic curriculum”.

Porter said that schools such as Michaela provide an academic curriculum for all their intake, and implored the audience to use schools like his as an example for why the policy was unnecessary.