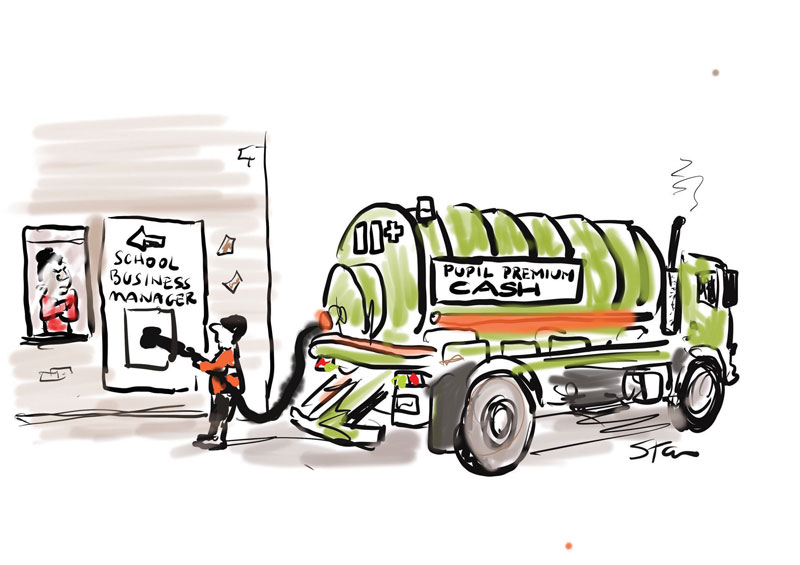 Proposals in the green paper for grammar schools to admit more pupils from low-income families will suck out cash from comprehensives that would help the most deprived children, warns the former pupil premium champion.

Schools receive about £1,000 pupil premium funding per eligible child, but the cash follows the pupil – meaning if they move to a grammar school the cash would be transferred too.

Sir John Dunford said the proposal that selective schools could expand on the condition they take a proportion of pupils from lower-income households would push a “disproportionate” amount of pupil premium cash to the most able poorer students – while damaging the prospects of disadvantaged children “whose needs are greatest”.

He said schools often took the total funding from all their pupil premium children and used it on various policies to help poorer pupils “and that has made a substantial difference in those schools”.

He told Schools Week: “If grammar schools take the brightest of disadvantaged children and the pupil premium cash for them, that would leave the comprehensive schools and the secondary modern schools with less to spend on children whose needs are greatest.

“In a comprehensive school you look at the total amount and, while schools spend some pupil premium money on bright pupil premium children, it is often less than they have to spend on children who can’t read, for example.”

The premium, set up by the government in 2011 as an additional pot to help schools to raise attainment, has become an “essential resource” in comprehensives, Dunford says.

“My point is that a disproportionate amount of pupil premium money would be going with those bright children and putting comprehensive schools at a further disadvantage.”

One school group, The King Edward VI foundation in Birmingham, which runs five grammars in the city, already has an admissions system that prioritises disadvantaged children.

It allows for at least 20 per cent of places to be reserved for pupils on free school meals, provided they meet a predesignated minimum score.

About 28 per cent of the city’s pupils claim free school meals, according to the latest government data.

Richard Tattersfield, principal at Heartlands academy in Birmingham, which has a pupil premium spend of more than £550,000, said an expansion of grammar schools in the area would lead to an “inevitable decline” in funding for comprehensives such as his.

Councillor Brigid Jones, cabinet member for schools at Birmingham City Council, agreed that if grammar schools expanded, “rather than replacing richer children with less rich ones” there would be an “inevitable effect” on neighbouring comprehensives.

But Chris McGovern, chairman of the Campaign for Real Education, said it was “absurd and ridiculous” for comprehensives to say they would “not get a fair share of poverty stricken children” because “the more pupil premium children going to grammars is a great thing that should be celebrated”.

He told Schools Week: “If some comprehensives are saying they will miss out on pupil premium money, they are just looking for something to complain about because let’s face it, the teaching profession on the whole is not in favour of grammar schools and selection.

“If comprehensives want to monopolise the intake of pupil premium pupils then they will condemn those pupils to the sort of education they’ve been suffering from for the past 50 years.”