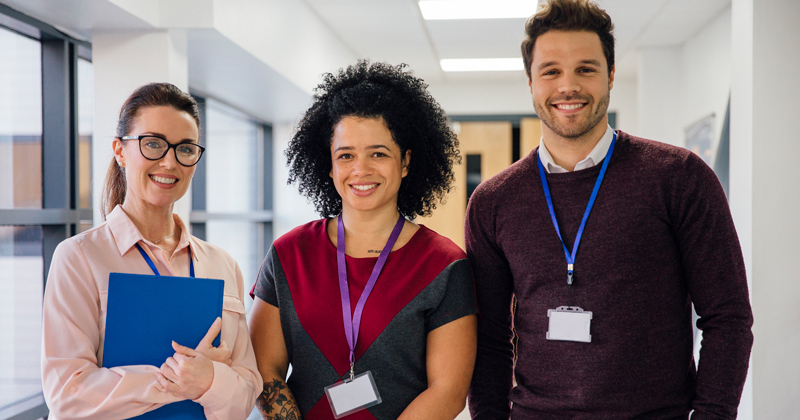 In the face of political and social upheavals, the teaching profession needs the Chartered College more than ever, writes Richard Willis

Writing in 2019, I was critical of the work the Chartered College of Teaching had set out to pursue. I argued that teachers were wrong to continue to strive for a nebulous professional utopia. The example of the General Teaching Council (and previous incarnations of a chartered college) led me to question the viability and effectiveness of such institutions. I was wrong.

Tracing the history of its predecessors, this year the CCT approaches its 175th anniversary. Or at least, the continued effort for a robust teaching profession it represents does. It’s an illustrious history, and so much has been achieved since its inception that harbouring qualms about its past is somewhat churlish. In fact, the positives on the balance sheet outweigh the negatives. Focusing on the weaknesses of its earlier variants only serves to hinder those who are deeply devoted to its success.

The very first incarnation was called the College of Preceptors. It was founded in Bloomsbury, London, and its inaugural meeting marked a watershed moment in teacher professionalism. The early members had their eyes fixed on the significance of the General Medical Council regulating medical staff and the Law Society representing solicitors. Among many distinguished professionals who wanted to forge the status of the teaching profession were Sir Philip Magnus, the Rev Dr William Haig Brown, Professor Joseph Payne, Frank Roscoe, HG Wells, Frances Buss and Dr WB Hodgson.

The College of Preceptors then became the College of Teachers, and the early struggle for professional status during the 19th century was soon embroiled in class conflict. Less protected elementary teachers wanted a unified profession. Instead, the college did its best to protect teachers from private schools, which were then the chief employers of preceptors.

But the torch of teacher professionalism has stayed alight and been passed on from generation to generation. The cause has matured politically and, under the expert stewardship of Dame Alison Peacock, its focus is now on evidence-led practices and policies for all teachers regardless of setting.

Some argue that its membership of 40,000 is insufficient. Yet last year it became financially independent of government funding. It has generated 1.2 million visits to its websites and resources and published over 800 articles covering 200 educational topics. In 2020 alone, it took over 20,000 bookings for online webinars. Its journal is widely acclaimed too.

The college’s real value is not simply tied up with the size of its membership. It provides many less prominent advantages to a profession beleaguered by years of unsympathetic governments and deeply impacted by the pandemic. It works hard to raise the status and solidarity of the teaching profession, and its success in that effort is underscored by the 17,000 participants who attended its online courses on education technology.

There is of course always room for improvement. The college could take on more examination work, for example, perhaps by offering a doctoral fellowship to high-performing teachers. The logistics of such a reform would no doubt be immense. But it would be a rightly ambitious aim to celebrate its admirable contribution over nearly two centuries. If the next 175 years are to see the profession reach true maturity, then the college should set its sights on lofty ambitions worthy of its Victorian founders.

As we emerge from a global pandemic and Britain redefines its place in the world after Brexit, education will be key to the nation’s success. Only a body like the Chartered College can safeguard its workforce from the political winds that will arise from these troubled times, and ensure their contribution is not only recognised but respected.

As for the critics, it has taken me just two years to change my mind. In the grand scheme of a Chartered College of Teaching, that’s a pretty negligible span of time. With a continued focus on the long term over expediency and on its future rather than its past, the profession will be in good hands. And that’s far from a nebulous utopianism.