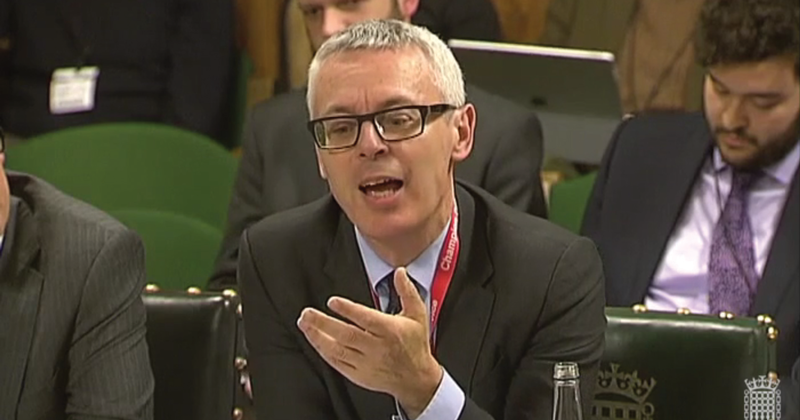 Ministers are drawing up plans for an apprenticeship route into teaching that could replace current on-the-job training schemes, Schools Week has learned.

Jonathan Slater (pictured), the Department for Education’s permanent secretary, told MPs on Monday that his department is creating a teaching apprenticeship to begin next year.

Officials are considering how they can “tweak” existing training to offer the apprenticeship, he said, and sources close to the talks said it could eventually replace existing on-the-job routes such as School Direct.

The government is under pressure to create a teaching apprenticeship so that schools can claw back money they pay into the new apprenticeship levy from April, but is also keen to protect the graduate-only nature of the profession.

School leaders are concerned about the cost of the levy, as well as “practical difficulties” in employing apprentices

From April, schools with large wage bills must pay the levy that they can claim back to cover the cost of training new apprentices. Those with more than 250 employees will also have to hire a certain number of trainees every year under new public sector apprenticeship targets.

School leaders are concerned about the cost of the levy, as well as “practical difficulties” in employing apprentices given that no scheme currently exists.

Department officials are now working with teacher training providers to develop an apprenticeship that would enable graduates to complete a postgraduate-level apprenticeship, and allow schools to unlock levy funding.

However, a senior headteacher helping the government to design the apprenticeship says officials would not initially seek to remove the School Direct route, which allows would-be teachers to be paid while training in a school.

Sir Andrew Carter, who led the government’s review of initial teacher training in 2015, told Schools Week any apprenticeship would sit alongside existing routes, including School Direct, which has faced recent funding cuts and received less-than favourable quality ratings from trainees.

“The idea of an apprenticeship is to bring additionality, to try to get some different people who might not be able to join teaching in a different way,” he said.

At present, primary schools outside London receive £9,000 from the government for every trainee on School Direct, but pay out as much as £24,000 a year in salary and training costs.

The route is the second-lowest rated by trainees in terms of quality, nudging just ahead of Teach First, according to the 2016 newly qualified teachers’ survey.

Ministers are anxious to continue boosting the number of teachers training in schools, rather than through higher education institutions, but providers of school-based schemes doubt whether an apprenticeship scheme would be successful.

Martin Thompson, executive director of the National Association of School-Based Teacher Trainers, said there would be “many demands on the money returned to schools from the apprenticeship levy”.

The government could more fruitfully use the funding to “prepare applicants for degree status so that they could access the variety of postgraduate routes currently available”.

Last year, Schools Week revealed that plans were underway to create a “no-degree apprenticeship” that would allow teaching assistants without degrees to become fully qualified teachers.

Ministers, however, are under pressure from teachers to ensure that it remains a graduate-only profession. Schools Week understands the option of restricting access to the new apprenticeship to those already possessing a degree is now being explored, while it is understood the apprenticeship plan for teaching assistants will only take its learners as far as level 3, equivalent to A-level.

The national schools training director Lee Povah, who was planning the no-degree route, said at the time that teaching assistants often became stuck at level three because they could not afford to undertake a degree.

The Department for Education did not respond when asked for further comment.