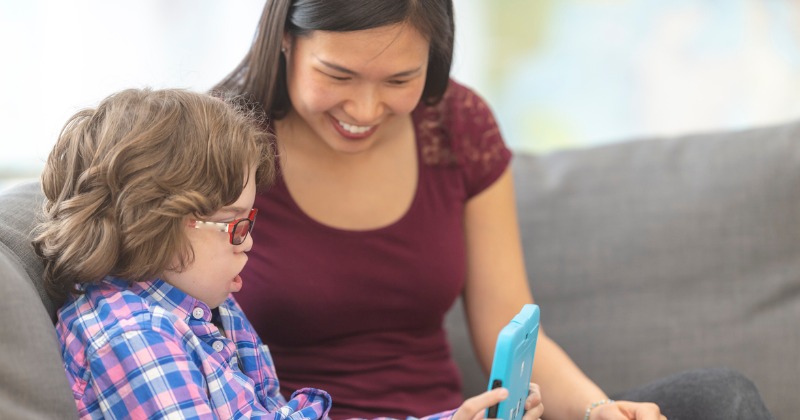 More than half of teachers and school leaders don’t trust claims made by education technology companies, a new poll has revealed.

A poll by Teacher Tapp commissioned by tech firm Sparx also shows that 79 per cent of teachers and leaders want to see clear proof that ed tech works in the classroom.

The figures come as ministers prepare to announce plans for a £300,000 trial of education technology to support pupils with special educational needs and disabilities (SEND).

Chris Skidmore, the universities minister, will tell the Bett Show, an education technology showcase taking place in London this week, that harnessing the power of modern technology “can help us change lives and unlock the potential of every child”.

“With technological advances happening at increasingly breakneck speed, it is only right that we ride the wave so pupils in our classrooms with special educational needs are given all the support they need.”

The pilot project forms part of the Department for Education’s £10 million ed tech strategy, launched last year by Damian Hinds. The former education secretary has since spoken of the need for additional support to help schools navigate an expansive and often expensive sector.

Teacher Tapp figures showing widespead distrust of ed tech firms have been released to coincide with the creation of the EdTech Evidence Group, which has been founded by nine of the UK’s leading ed tech companies in a bid to improve the quality of tech offered to schools.

The research showed, 54 per cent of respondents agreed that if they were to use ed tech in the classroom, they would be “unlikely” to trust claims made by the company selling the product.

According to the poll headteachers are more sceptical than others about the use of ed tech in the classroom, with 83 per cent agreeing they would want clear proof that it works. Those who have been teaching for more than 20 years are also more likely to want such evidence.

EEG members have pledged to improve and sustain “high-quality evidence-gathering” across their sector and support schools to understand how they can access technological solutions and platforms. They also pledged to improve communication to schools about how to gather evidence and monitor the impact of ed tech.

Dan Sandhu, the CEO of EEG member Sparx, said school staff were “right to be concerned about the claims made by edtech companies”.

“Unfortunately, the quality and availability of evidence varies massively across the sector with some providers investing significantly in publishing the methods and results of research. Others are less forthcoming and it can be extremely difficult for schools to discern real evidence from marketing puff.”

Ty Goddard, who chairs industry body EdTech UK, said there needed to be a “clear and honest conversation” about how ed tech can really help schools.

The DfE’s pilots will run from April this year until the end of the 2020-21 academic year.