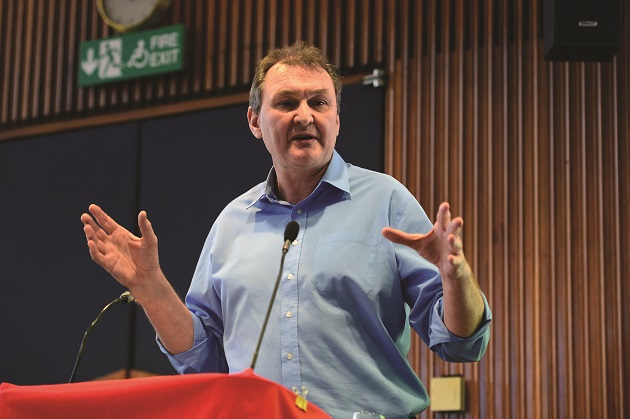 Teachers could strike over plans to turn all schools into academies, a leading teaching union has said.

The leadership of the National Union of Teachers has confirmed that wording of a priority motion being worked up for its annual conference in Brighton this weekend will include room for debate about industrial action.

Proposals which will see all schools become academies by 2022 were unveiled by chancellor George Osborne in his budget earlier this month, and expanded-upon in the education white paper educational excellence everywhere.

It is thought that any legal case for a strike – which could not go ahead if solely based on opposition to the white paper – would be made with reference to the impact full academisation could have on teachers’ pay and conditions.

Deputy general secretary Kevin Courtney, pictured, said the proposals would have implications for jobs and pay issues such as pensions contributions, as well as affecting the ability of workers to negotiate pay on a local level.

He said: “We think there is a dispute around those questions, which isn’t necessarily tied up with the ins and outs of the white paper.”

Any potential strike action is likely to see several of the education unions work together. The white paper is due to be discussed at the National Association of Schoolmasters and Union of Women Teachers conference, also taking place this weekend, and it is understood the Association of Teachers and Lecturers will consider an emergency motion on the issue at their conference next month.

NUT general secretary Christine Blower said both the speed of the negative response to the white paper plans and the way in which unions had come together at protests on Wednesday indicated that a “broad enough coalition” for action existed.

“We think we have caught the mood of the fact that people think this is just the wrong thing to be doing,” she said.

“I think we genuinely believe that there is both very wide and very deep opposition to this. We think it’s in the frame of government wanting to behave in a way that’s not democratic, because they could have gone to the country with [full academisation] as part of their manifesto.”

The NUT’s conference business committee has a final say on whether the motion will be discussed, and is due to meet this afternoon to make a decision.