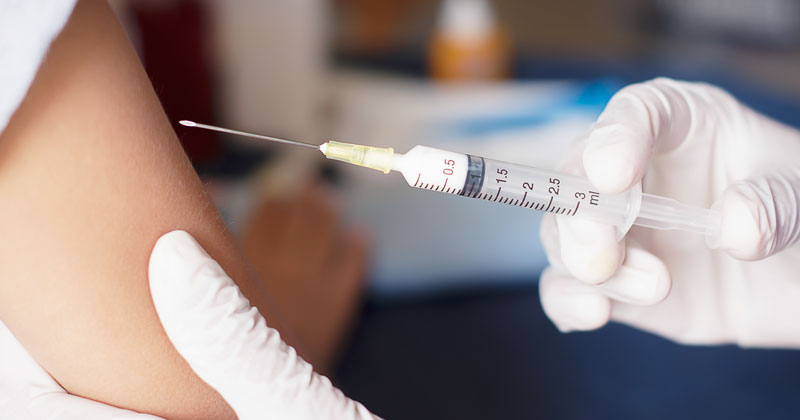 Boys are not being protected from the cancer-causing human papillomavirus (HPV) infection because of a lack of medical intervention and guidance in schools, the Association of Teachers and Lecturers has warned.

The HPV vaccination, often referred to as the “cervical cancer jab”, has been issued in schools since 2008, but only to girls, despite the fact around thousands of men are diagnosed with the virus every year.

HPV can cause a number of different cancers, including throat cancer, and ATL has added its voice to a growing campaign for a vaccination for boys – pledging to raise awareness of the risks the virus poses to all pupils.

The union will also seek to raise awareness of the links between throat cancer and oral sex, and wants schools to be better-equipped to deliver guidance to lesbian, gay, bisexual and transgender (LGBT) pupils.

The ATL will now work with sexual health charities and other organisations to develop resources for teachers to build knowledge and understanding about the particular risks posed by HPV to members of the LGBT community.

Union member Sree Varshini Rajkumar said schools had a “duty of care” to young men to provide them with the “information they need to choose to get vaccinated”.

HPV was the “second most common sexually-transmitted disease in the UK”, and that 90 per cent of adults “will come into contact with at least one strain of HPV in their lifetime”.

Vaccinations for girls in schools gave been “greatly successful”, with 87 per cent of girls vaccinated in 2016, Varshini Rajkumar said. But she warned that the NHS has predicted incidences of HPV-related throat cancer in men will overtake the number of HPV associated cervical cancers in women in just five years.

Helen Porter, another representative of the union, said schools should do more to promote the use of protection – such as condoms and dental dams – during oral sex.

Porter said she welcomed the recent announcement that sex and relationships education will become compulsory in all secondary schools, but questioned the decision to implement it from 2019.

“Two lost years will see thousands of young people leaving school ill-equipped to develop safe and respectful sexual relationships,” she warned, adding that guidance on SRE in schools was in “urgent need” of updating to factor in issues like the risks posed by HPV.

She also said those delivering advice to pupils “must not assume that all young people will have heterosexual relationships that lead to long-term monogamy”, and provide “appropriate and useful” information for the 20 per cent of young people who identify as LGBT+.

The charity HPV Action has estimated that it would cost £22 million a year to offer the vaccination to boys under the NHS, but Varshini Rajkumar said this “pales in comparison to the £53 million currently spent on HPV-related genital warts alone”.