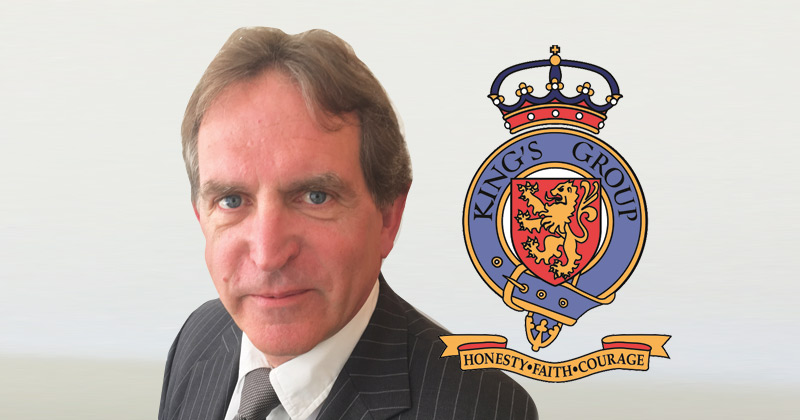 An academy trust founded by a private firm that runs schools in Europe and the Americas will take over three more schools in the New Year, and has two brand new projects in the pipeline.

King’s Group Academies (KGA) will take over College Park Infant School and the Northern Parade Federation (which includes an infant and a junior school) in Portsmouth at the start of February. This brings the trust’s school numbers in England up from two to five.

The King’s Group became an academy sponsor and set up KGA in England in 2014, but it also runs private schools in Spain, Panama and Latvia.

Its first school was Lyndhurst Junior School, also in Portsmouth, which joined in 2016. The trust then took over the failing Ringmer Community College in East Sussex, in September of the same year.

We think that’s a strong model

Hannah Hockaday, Portsmouth city council’s cabinet member for education, said she was “pleased” the group is “expanding its presence in Portsmouth” as it will allow a smooth transition across key stages.

King’s Academy Binfield will be an all-through school on a new housing development, with capacity for 1,851 pupils. It will open with four forms of entry and 120 pupils next September.

The second school, Amen Corner North Primary School, was scheduled to open in September 2019 with a capacity of 210 places, but is likely to be pushed back by one or two years.

Discussing the trust’s expansion plans, Terry Parkin, KGA’s chief executive, said he is “not interested in a race to the bottom”.

The primary school at Amen Corner is part of a local development project that includes 377 new homes, and, Parkin said he understands, it will be built “when it is needed”, to ensure places are still available for potential new pupils in the adjacent housing.

He added that the trust sees itself as Portsmouth-based for now, but in the longer term he would like to build up “hubs” of schools in Bracknell Forest and around Ringmer.

The Kings Group model in Spain focuses on all-through schools supported by a small number of primaries.

“We think that’s a strong model,” he said.

The trust will also continue to encourage collaboration between its UK schools and those in other countries, as they all teach an English curriculum.

Exchanges have already taken place between teachers and pupils in England and in Spain.

“The learning is going in both directions,” Parkin said.