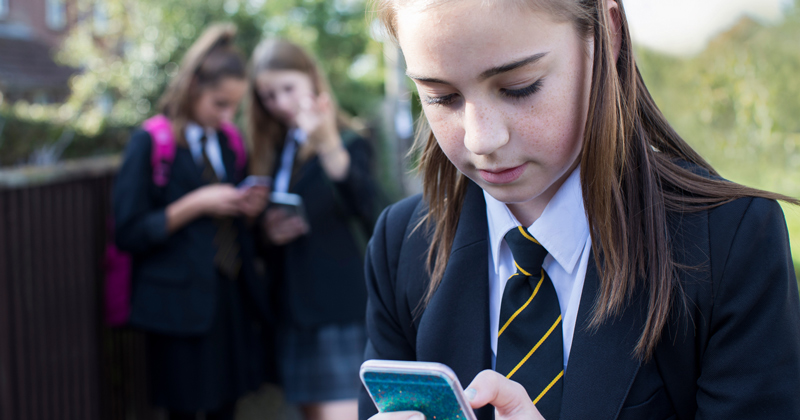 Academics are concerned safeguarding software that allow firms to keep watch on pupils’ activity on computers is “normalising extreme authoritarian approaches” in schools – with worries parents might not know about the “snooping”.

It follows tech firm Smoothwall launching a new partnership with company Safeguard Software to provide a service that scoops up data from pupils’ activity on school devices to check for safeguarding concerns, and allows teachers to log incidents to create a digital profile for every pupil.

In an interview with Schools Week, Douglas Hanley, the chief technology officer at Smoothwall, said thousands of schools already used his firm’s services – which also includes Radar, a product that searched for key words on pupils’ own phones if they were logged on to the school wifi.

Company figures show that in one week Smoothwall’s surveillance detected nearly 2,500 threats for vulnerable people, nearly 1,500 for a terrorist category and 884 for cybersexing.

When safeguarding alerts are flagged, the school is either emailed or called – but in some cases emergency services have been called.

Hanley, who would not say how much his company products cost, said schools used them to comply with obligations under the Keeping Children Safe guidance that “obligates schools to introduce appropriate levels of web monitoring”.

But Sandra Leaton-Gray, a senior lecturer in education at the UCL Institute of Education and author of Invisibly Blighted: The Digital Erosion of Childhood, told Schools Week that digital surveillance systems “normalise quite extreme authoritarian approaches to discipline in schools”.

“There’s a risk this makes the adults in the school overly reliant on tech to judge children’s situations – and that human relationships become secondary.”

When asked about such concerns, Hanley said there is “sufficiently strong legislative pressure” in this country to “obligate schools” to do this that it “becomes a moot conversation for me, and for other companies selling this kind of product”.

Keeping Children Safe says that governing bodies should ensure “appropriate policies and procedures in place” were in place to safeguard pupils.

This should include an effective child protection policy that was available publicly on school websites, for example.

When asked if parents would be aware that schools used such software, Hanley said he was “not sure how visible it would be”.

A survey of 1,004 parents in March by Defend Digital Me, the data privacy campaign group, found that 28 per cent knew their child’s school used internet monitoring software, but didn’t know how it was used.

While schools could retain data they needed strictly for operational purposes, it could not be a data-gathering “free-for-all like before”.

She added the “classroom mantra” should be: “Is this data really necessary?”

Hanley said the law allowed schools to collect and hold personal data when it was necessary to comply with legal obligations.

He said if a parent wanted their child’s data to be erased under GDPR, then “we would have to do that”. But no teacher or parent had ever made such a request.

An article in The Times in April found that a classroom app used by schools – ClassDojo – held data in the US which, under its terms, may be shared with 22 third-party service providers, including Facebook and Google.

Hanley said Smoothwall did not share safeguarding information with other people “outside those that provide the managed service”.

He said the company provided web filtering to 30 per cent of the education market, a position that was cemented after it bought the digital safeguarding company Future Digital in June.

The new partnership combines Smoothwall’s Visigo product (which monitors the text on school computers) with the service from Safeguard Software.

The latter allows teachers to record incidents in the classroom or playground into a digital record, which they can track.

“The majority of schools simply have a ledger, journal, Excel spreadsheet – but safeguarding software provides convenient digitisation of that task,” Hanley said.

However, Andy Phippen, professor of social responsibility in IT at Plymouth Business School, said: “Are we forgetting that children have rights to privacy? And does this really keep them safe anyway? A surveilled individual is one who will modify their behaviour because they know they are being watched.”