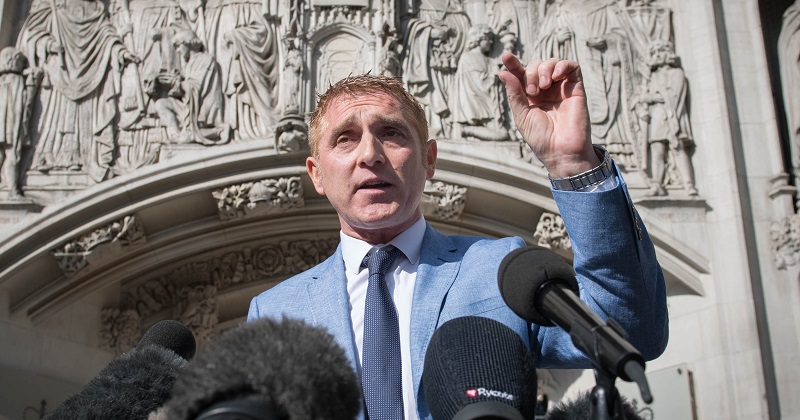 The number of children taken out of school without permission for a family holiday rose by a fifth after the High Court backed a father’s rights last year.

Absence figures published this morning show the number of pupils taken on unauthorised family holidays rose from 270,220 in autumn 2015, to 328,555 in autumn last year – a rise of 22 per cent.

The new absence figures are the first that fully relate to the period after the High Court’s landmark decision, in May last year, to back Jon Platt’s refusal to pay a fine for taking his daughter to Disney World during term-time.

The father, from the Isle of Wight, challenged the government’s rules barring term-time absences in state schools, with the High Court ruling he was within his rights and didn’t need to pay a fine of £120.

However the government appealed to the Supreme Court. Judges subsequently overruled the earlier decision in April.

But today’s absence figures suggests the first court case influenced the behaviour of parents and teachers.  Not only did the number of unauthorised absences rise by 22 per cent, more schools also allowed parents to take holidays during term-time.

This number had dropped every year since the autumn term in 2012 – where 383,085 pupils were granted permission to miss school for a holiday.

The proportion of absence that family holidays (both authorised and unauthorised) accounted for has increased from 7.6 per cent in autumn 2015, to 8.3 per cent of all absences in autumn last year.

However the report states the interpretation of any trends in the data release should be “treated with caution due to the volatility of single term absence figures”.

Final absence statistics relating to the full 2016-17 school year are due to be published in March next year.