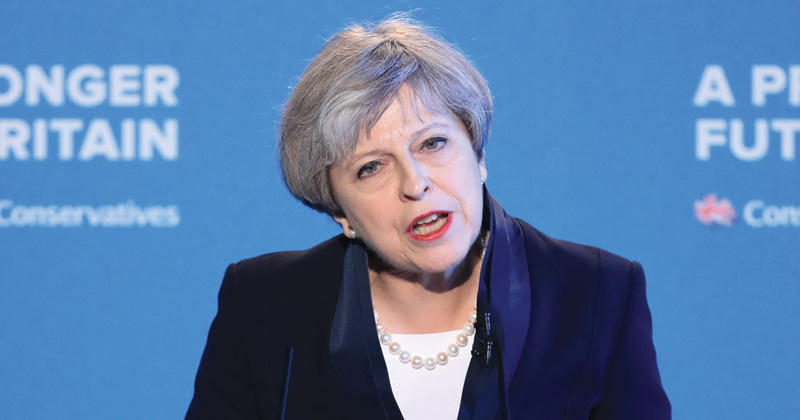 New teachers will have their student loan repayments forgiven for the whole time they remain in the profession, the Conservative Party has announced.

In its election manifesto, launched in Halifax this morning, the party says it will offer forgiveness on repayments for new teachers in order to help new teachers “remain in the profession”, should the party continue in government.

The Conservatives will also “bring in dedicated support to help them throughout their careers”, the party says.

A plan for a single jobs website to cut costs for schools, which was first announced by the former education secretary Nicky Morgan last year, has also been included in the manifesto.

“We will provide greater support for teachers in the preparation of lessons and marking, including through the use of technology, and we will bear down on unnecessary paperwork and the burden of Ofsted inspections,” the manifesto says.

A student loan forgiveness scheme was suggested in 2015 by the right-leaning think-tank Policy Exchange to bring more graduates into the profession.

Mary Bousted, general secretary of the Association of Teachers and Lecturers (ATL), welcomed the student loan forgiveness. But she said the “crisis of teacher recruitment is such that this intervention will be needed for today’s teachers not just tomorrow’s”.

“The measures promised for addressing the teacher recruitment and retention crisis are necessary but far from sufficient – and they lack either strategy or an evidence base. This manifesto is silent on the public sector pay cap, yet it is time to commit to abolish it and properly fund the passionate and expert teachers our children need.”