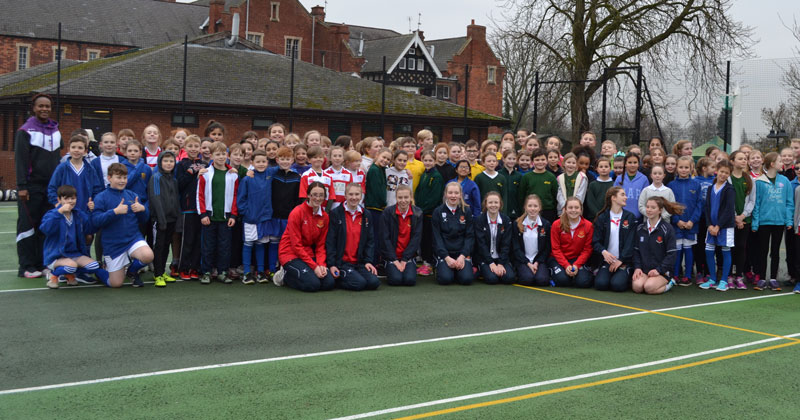 Ella Gibbons from Scotland, Peace Proscavia from Uganda and Vanessa Walker from Jamaica, shared their top netball tips with pupils at the tournament for under-10s held at Trent college.

The athletes also ran a warm-up and training session before the matches, which they then umpired with help from Trent college’s under-14 netballers.

The aim of the day was to develop ability in goal shooting, basic footwork and passing the ball.

Parents from some of the participating schools watched their children in action, with Trent college head Bill Penty presenting medals to the winners.

Jacqui Rhodes, the college’s primary school liaison coordinator, said: “This was a great opportunity for schools in the local community to compete in a friendly match play tournament with children of a similar talent and age, as well as the chance to meet some great ambassadors for sport and be inspired to become fantastic athletes.”