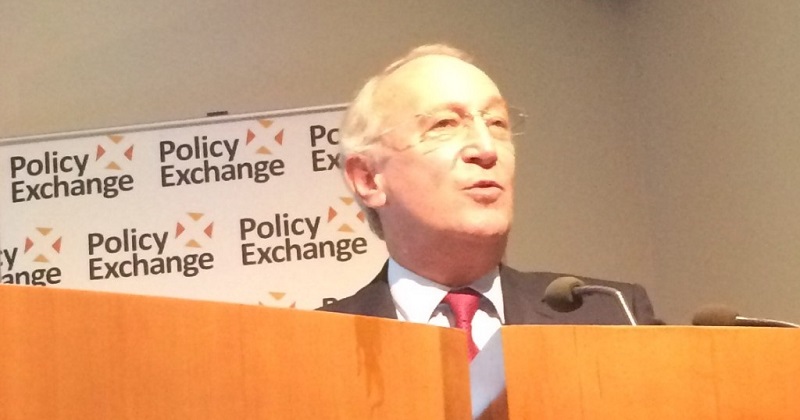 A government teacher-training tsar says schools that struggle to pay for teachers’ CPD should ask parents for £1 a week.

Sir Andrew Carter, head of the South Farnham School Educational Trust and chair of the government’s independent review into teacher training, said schools need to take a “radical approach” to deal with underfunding, and reach out to parents for payments to cope with the costs of running a school.

If you can’t do it, send a letter to your parents tonight and ask for £1 a week

Speaking at the Academies Show in London today, Carter said that to adequately fund continuing professional development (CPD) for teachers, schools should add two per cent to their staff budgets.

“If you can’t do it, send a letter to your parents tonight and ask for £1 a week,” he added.

David Weston, chief executive of the Teacher Development Trust and chair of the government’s CPD group, tweeted his disagreement with Carter’s strategy.

“It would result in teachers in disadvantaged areas getting less CPD,” he said. “Almost all schools already ask parents for contributions and this already advantages schools in wealthier areas. If schools are struggling to fund CPD, increase school funding.”

I disagree with this.
– It would result in teachers in disadvantaged areas getting less CPD;
– Almost all schools already ask parents for contributions and this already advantages schools in wealthier areas;
– If schools are struggling to fund CPD, increase school funding. https://t.co/CTaUiK7ZD3

Carter previously courted controversy when he said in November 2016 when he said parents should be asked to pay a “premium” for any services provided by the school over and above their basic responsibilities.

But today he went further, and said schools should seek to address even general funding shortfalls by going directly to the taxpayer, if the government refuses to raise taxes to give schools more cash.

When he was accused by an audience member of being unfair, Carter defended his proposals.

“It’s always unfair. It’s unfair in lots of ways. It’s unfair if children are not getting an education in your school which you think is reasonable,” he replied. “Parents pay for schools anyway through their taxes. If every child at your school paid £1 a day you would have £60,000 more a year. That gives you two members of staff to teach. Or, you go along struggling.”

“I don’t know any area of England where there is a shop in a street that says ‘you are from a poor home, therefore these groceries will be free’,” he went on. “Can we say we will reduce our offer to what we are given or do we just keep adding to our offer and reduce the quality?”

He drew parallels with the NHS, which he said had successfully decided what it could and could not “reasonably afford” to fund. Education now needs “to decide what’s in and what’s out”, he said.

“What should parents have to pay in your school for the additional things you add? We as schools can no longer add and add and add. Our great sense of social justice as teachers is actually the downfall here. Sometimes we have to say no and we have to be bold enough to look to parents for the money.”

The results of a National Education Union survey of 900 staff in schools last month revealed one in five respondents said their school had been driven to ask parents for financial contributions to help with funding.

Caroline Barlow, the head of Heathfield Community College in East Sussex, said she felt Carter was “clear in outlining that the funding situation for schools is inadequate and unfair”, but said his suggestion “clearly disadvantages the schools with lower income populations”.

“Many schools already ask parents for donations to support extracurricular or enrichment activities. I am very clear teacher CPD would not fall into that category,” she said.

“The fundamental message we should all agree on is that all schools need adequate funding to support the best opportunities and practice for all students and all staff.”