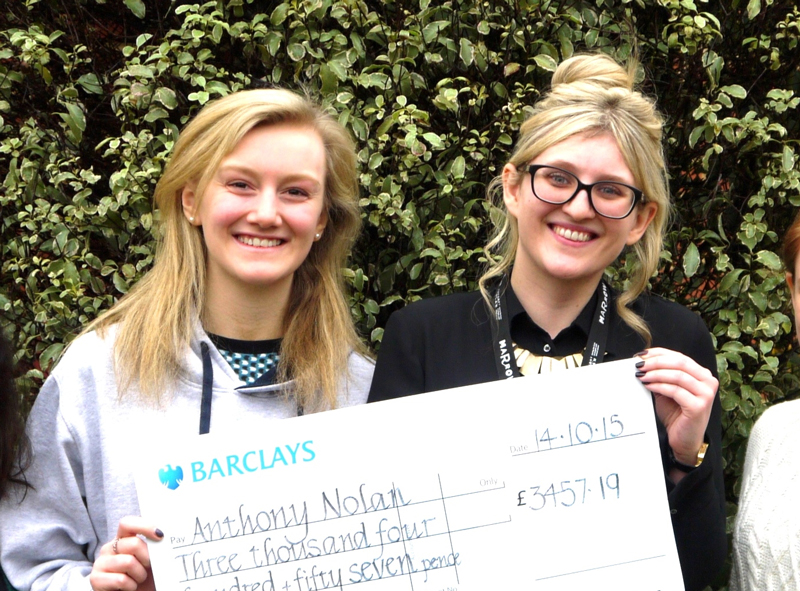 Josie Stevens has triumphed over years of illness and a bone marrow transplant to receive three straight As in her A-levels.

Josie, who attends Sir William Perkins school in Surrey, was ill for two years and had to take time off school.

Ultimately she received a bone marrow transplant with help from the Antony Nolan Trust and returned to school.

Despite all this, she has achieved straight A grades in biology, geography and religious studies is off to Exeter university to read geography.

Charlotte Vere, executive director of the Girls’ Schools Association, which Sir William Perkins is part of, said: “Josie’s story is remarkable and there are undoubtedly others like her who have done well despite considerable obstacles. It’s genuinely heart-warming.”

Pic: Josie (left) presenting a cheque of £3,400 to the Antony Nolan Trust following a fundraising event her fellow sixth formers organised in her honour