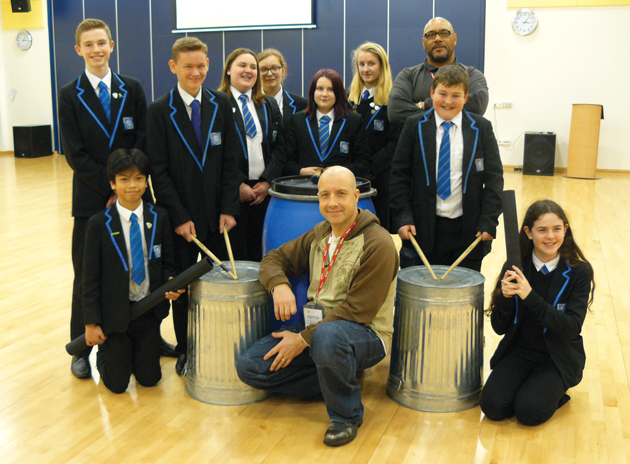 Cast members Manasseh Jackson and David Gallagher brought their musical bins to inspire the music and drama students in Essex. The pupils were encouraged to first use their bodies and then the props to make rhythmic beats, just like the famous musical.

Mr Gallagher, who has been running Stomp! workshops around the country since 2000, said: “We get young people looking at music the way we approach it. There’s nothing written down, it’s all about rhythmic beats, movement, comedy and theatre.

“We build in numeracy – it’s all about counting beats – and literacy and can even touch on the recycling aspect with our props so there are lots of cross-curricular applications to what we offer. Our show is very physical so we also bring that side into it.” A group of 30 students from the school will work with the performers again on 22 March before they put on a show at Braintree Arts Theatre on March 29.