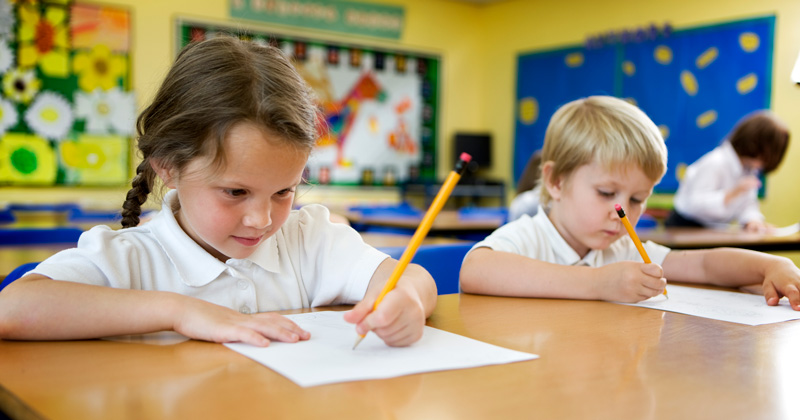 The government’s moves on primary testing are welcome but the tests that remain don’t fufil the purpose they’ve been kept for, writes Alice Bradbury

The announcement this month that Key Stage 1 SATs will be dropped in 2021 was a welcome relief for some teachers in primary schools. Alongside this, the DfE has decided that Key Stage 2 SATs will not be used in league tables, the Multiplication Tables Check will be optional, and the Grammar, Punctuation and Spelling Test will not be used in Year 6. But, the main Key Stage 2 SATs tests remain, as does the EYFS Profile and the Phonics Screening Check (PSC) in years 1 and 2.

The reasoning for keeping these tests was hinted at in November when Gavin Williamson stated that SATs are a ‘useful internal tool’ that provide ‘a good grasp and a clear understanding of where those children are’. Given that SATs are used as an accountability measure rather than providing information for teachers, this was a surprise. Moreover, SATs results this year can only reflect local circumstances – levels of infection, school closures and the impact of rising poverty – not the quality of the school. Which leads us to the question, in the midst of a pandemic, what purpose does statutory assessment serve?

The case of the one test which has already returned – the Phonics test – can help us answer this. This assessment has been moved into Year 2 and has to be conducted this autumn term. New research, based in the Helen Hamlyn Centre for Pedagogy at the UCL Institute of Education sought to examine what the impact of doing the Phonics test in Year 2. The project involved an England-wide survey of over 1500 Year 2 teachers, and focus groups and interviews with primary headteachers.

The majority of Year 2 teachers we surveyed (72%) did not think the test should be going ahead; a further 12% were ‘not sure’. There were many reasons given for this, including that the PSC added pressure for children and staff at an already difficult time. A high proportion of Year 2 teachers (82%) considered that the PSC has caused teachers additional stress, while a smaller proportion (43%) thought it had caused children additional stress. One teacher commented: ‘‘Depressing that I’ve been forced to put Year 2 through the wringer when they’ve had such a terrible year and we’re so pleased to be back”.

Conducting the test was causing practical problems. With additional staff needed to take the class and teachers absent through self-isolation, one head called it “a logistical nightmare”. There has been some recognition of these issues in the extension of the deadline for results in summer 2021. Participants saw the test as a distraction from the more important business of helping children to recover in terms of wellbeing. As one teacher summed up: “It’s getting in the way of what the children need right now”.

Of course, the usefulness of the phonics test might outweigh these drawbacks. The PSC is designed to help identify children who are still struggling with phonics. However, only a quarter of survey respondents thought that the test in Year 2 had given them helpful information on how well children can read; it was described as “pointless”, “unnecessary” and “irrelevant”. Teachers said they already knew from ongoing assessment who needed additional support. One commented, “Our own methods of teaching and regular assessment of phonics are rigorous and are enough to be able to know where our children are up to”.

Indeed, the phonics test was often seen as motivated only by a need to hold schools to account. It was described as a “stick to beat teachers with” and “another finger-pointing exercise” by headteachers. Many respondents raised concerns that this year the test will not even do the job of holding schools to account effectively because the different local circumstances of the pandemic render any attempt at comparison meaningless. “The picture is so patchy and scattered,” one headteacher commented, “the word standard is not applicable to education at the moment, is it? Nothing is standard about it”.

Statutory assessment has always served multiple functions, but these findings suggest that the PSC is not currently serving any function very well – neither providing useful information for schools nor information about them. In which case, how can we be sure that the tests that remain for 2021 – SATs and the PSC – will produce data that justifies their existence during a pandemic?

Forcing schools to do unnecessary assessments shows a lack of understanding of teachers’ and school leaders’ own priorities; as one head told us: “This test makes me feel like they’re absolutely not interested in the principle of education being about the children in front of you”. One lesson we can learn from the PSC this year is that testing during a pandemic is disruptive and potentially damaging, and ultimately a flawed endeavour.