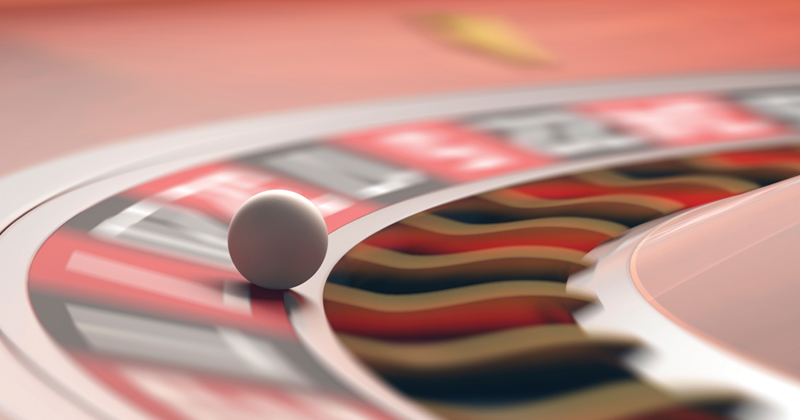 Last year, Schools Week revealed how school network partnership PiXL encouraged the use of obscure qualifications to boost pupil attainment and headline performance measures. John Dickens now reveals the results of a year-long study of why such behaviours might not be a sure bet.

The qualifications regulator Ofqual has today published the findings of a substantial study into what causes volatility in exam results. The study followed recent unexpected, large dips in results in some schools.

After crunching numbers for months, the watchdog found the only school-led factor linked to swings in GCSE pass rates was the stability of a school’s exam entry profile.

This means those that move large numbers of pupils into different exams each year are more likely to have unpredictable results.

Last August, some headteachers blamed unexpected dips in results on Ofqual’s moving of grade boundaries, a practice that is particularly likely when subjects have an influx of new entrants.

Heads also said they were hit harder if they had large numbers of pupils on free school meals or with English as an additional language.

But the report found neither of these factors made a difference to volatility. The findings do, however, prompt new questions about the practice of shifting pupils into specific qualifications.

It is one of the methods promoted by the school network partnership, The PiXL Club, as a way to boost league table standings.

Schools Week previously revealed how the group advised its 1,500-plus member schools – which pay up to £5,500 membership a year – to enter “vulnerable pupils” unlikely to get five GCSE passes into the European Computer Driving Licence (ECDL).

The fast-tracked ICT qualification is worth a GCSE. PiXL said schools planned to run three days of intensive classes to prepare pupils for the exam. The number of entrants for the qualification rocketed from 1,800 in 2014 to more than 30,000 last year.

A head whose school is a PiXL member, but who would only speak on condition of anonymity, said some schools had raised results, but that a “very large part of that strategy” was down to shifting entries to qualifications such as the ECDL and
iGCSE English.

He described PiXL’s intention of working together to give as many pupils as possible the chance of success as “noble”.

But he said that, like any organisation, it was dependent on results and the quickest way to have that effect was to “game the system”.

“I am convinced that putting effort into these tricks has taken some schools’ eye off the ball in terms of their core business – teaching and learning – and in terms of their preparation for the core and foundation examinations.”

Other qualifications reportedly suggested by PiXL include Trinity College London’s exam in rock and pop – which reportedly requires no sight reading or theory – and an English qualification for speakers of other languages (ESOL), which does not have clashing codes with English.

It was reported as far back as 2012 that PiXL members advised schools to enter pupils into the English iGCSE.

One head told Schools Week that PiXL’s “mass promotion of mass entry” into iGCSE was driven by the theory that “it used to be undoubtedly easier to get a grade C” in that exam.

However, Ofqual’s new study suggests that when large numbers of pupils are switched into different qualifications, the chance of variability in results increases. Switching can bring substantial increases in exam scores, but also substantial discrepancies.

Schools Week also learned, through documents released by the regulator under the Freedom of Information Act, that when there is a large influx of pupils into a subject – something that substantially changes the ability profile of pupils – Ofqual flags it up and then re-examines the grade boundaries to ensure their suitability.

If many pupils of a particular ability shift toward one qualification and seem to be scoring a C grade when other data suggests they should be scoring a lower grade, the boundaries may be realigned to reflect that.

Last week, independent school heads said an “unprecedented number” of schools had concerns about last year’s iGCSE results as grade boundaries were “exceptionally out of line” with expectations. The pupils involved would have started their courses in 2013.

Hence, rather than garnering better results for schools, shifting pupils into qualifications that may seem easier could put schools at risk of unexpected changes in their results.

James Wilding, an independent school principal and inspector, said: “Imagine setting up a factory to provide a competitive edge for widget output – and that’s what these practices offer – without much public scrutiny about whether we wanted this specific kind of widget in the first place.”

The most important thing for school leaders was to provide “excellent education in all its forms to children,” he said. “Examination success is a by-product, not the end goal.”

PiXL’s advice for schools has been the focus of heated public debate after Tom Sherrington (pictured), a London head, blogged about his first meeting with the group.

He talked favourably about the first half of the meeting that had “direct, practical, no-nonsense info geared towards securing success within the mechanics of the system”.

But the second half – focused on how to maximise Progress 8 scores – was “disturbing and depressing”.

One speaker, he said, suggested whole-cohort entry into specific exams, such as the ECDL, to boost these scores.

A PiXL spokesperson told Schools Week it does not advise schools to enter whole cohorts for exams.

But the blog caught the attention of Sean Harford (pictured), Ofsted’s national director for schools, who said the “tactic” of whole-cohort entry was “depressing for education”.

He and Sherrington have since met with Sir John Rowling, the chair of PiXL and a former head, to discuss some of the concerns.

Harford told Schools Week: “He made it clear, and he is right, that it is entirely up to schools how they decide to enter their pupils into [which] qualifications.

“PiXL is free to give advice that it thinks is fair in its role, which is paid for by schools.”

But he said that Ofsted would focus on the decisions that schools made and reiterated that inspectors would be told during training to consider marking down schools found to employ tactics “just to score points”.

“Our inspectors will look at these decisions and how they relate to the aspirations and needs of pupils.”

When presented with Ofqual’s findings, Rowling said the group did not want to get into an “open, controversial and never-ending debate about Ofqual and volatility. “We serve schools and are accountable to them . . . Headteachers are perfectly capable of deciding what serves the interests of their students best.”

He said the group provided high quality resources to support schools to diagnose the strengths and weaknesses of each student.

“This is not gaming. It is good teaching. If schools improve the learning outcomes for their students, their position in the league tables will rise.”

Ofqual’s findings show school performance measures were most affected by changes to entries in the core accountability subjects of English, science and maths.

Professor Alan Smithers, of the University of Buckingham, looked over the report to see why this might be: “If schools can increase the proportion by double-entering, switching to iGCSEs, or opting for some GCSE equivalent, then under present accountability rules it is in their interests to do so.”

He said this was “not education as it should be”, but added: “It is the government that frames the accountability rules and it is down to it to ensure that the metrics, if it wants to use them, capture the essence of genuine education.”

The Department for Education appears to have taken note of qualification-switching. A source told The Guardian recently that subjects such as the ECDL could be excluded from league tables from 2019 unless “they were proved to be as robust as conventional GCSE subjects”. The department’s concerns were said to have been raised with Ofqual.

A spokesperson for the exam regulator said its report was not intended to shed light on “gaming”; it was part of Ofqual’s look, over three years, at fluctuations in centre results.

On volatility, the spokesperson said that some variation in year-on-year results for individual schools was “normal”.

“Change usually occurs naturally due to factors such as differences in the ability mix of the students, different teaching approaches and changes in teaching staff or teaching time . . . even when there are no changes to qualifications.”

Read the editorial on this story