This morning the government has published the latest statistics on pupils with special educational needs (SEN) and the provision they receive in schools. Schools Week rounded up the main findings.

The proportion of pupils with special educational needs has risen for the second consecutive year, after a period of decline. 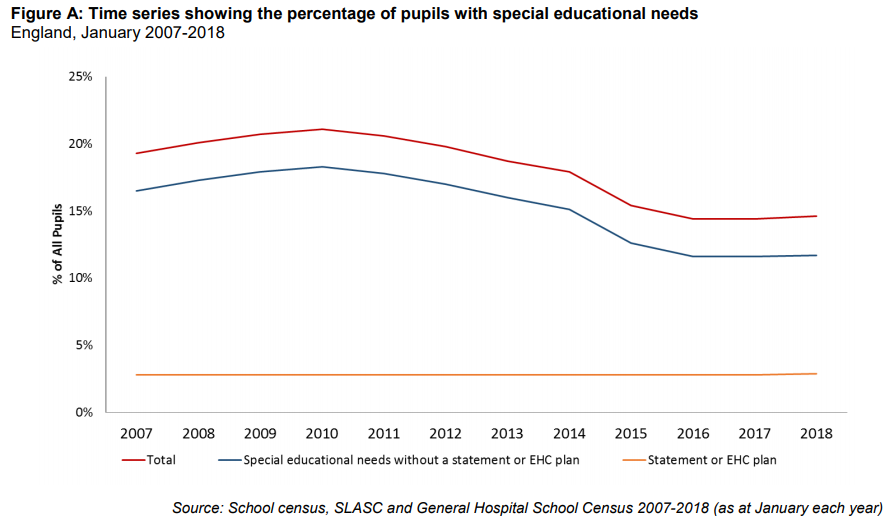 2. More pupils with a statement or Education, Health and Care (EHC) plan

3. Autism is one of the most common needs

For pupils receiving SEN support, a ‘moderate learning difficulty’ is the main type of need, accounting for 24.0 per cent of these pupils. Again, the second most common need is speech, language and communication at 22.8 per cent.

4. SEN continues to be more prevalent in boys 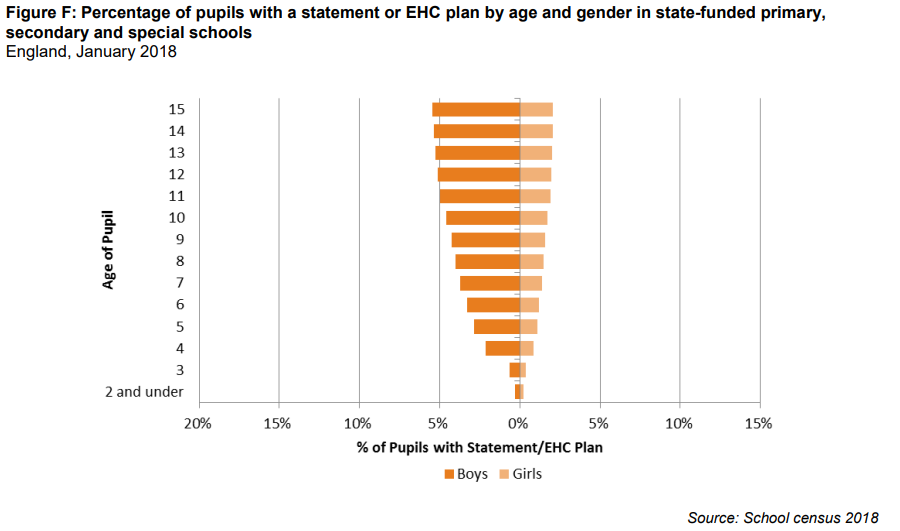 5. Pupils with SEN are more likely to be on free school meals or from traveller families

Pupils with SEN remain more likely to be eligible for free school meals at 25.8 per cent compared to 11.5 per cent of pupils without special educational needs.

Pupils with statements or EHC plans are also more likely to be eligible for free school meals than pupils on SEN support (30.9 per cent compared to 24.5 per cent).

SEN is most prevalent in travellers of Irish heritage and Gypsy or Roma pupils, at 30.9 per cent and 26.8 per cent respectively.