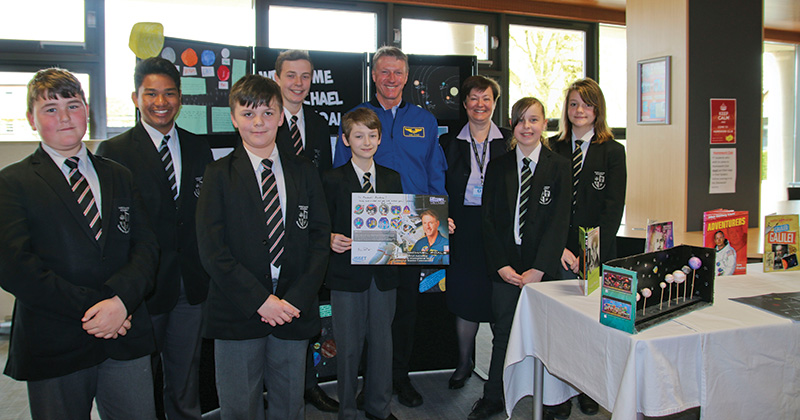 Pupils at Merchants’ academy Bristol received an out of this world experience when British astronaut Mike Foale came
to visit.

Wearing a blue flight jacket, Foale, the first Briton to walk in space, told the audience of year 7 and 8 students how he was determined from the age of six to be an astronaut.

He was selected by NASA when he was 30 and went on to take part in six space shuttle missions.

He told the students that the highlights of his NASA years included repairing the Bristol-built Hubble space telescope and helping to fix the Russian space station after it was struck by a resupply vessel.

He showed photos and videos, including pictures of his drinking water and eating M&Ms in zero gravity.

Science teacher Kevin Timothy said: “Mike’s visit has really enthused and motivated the students. It is so inspiring for them to have the opportunity to meet someone who has achieved so much in an amazing career.”