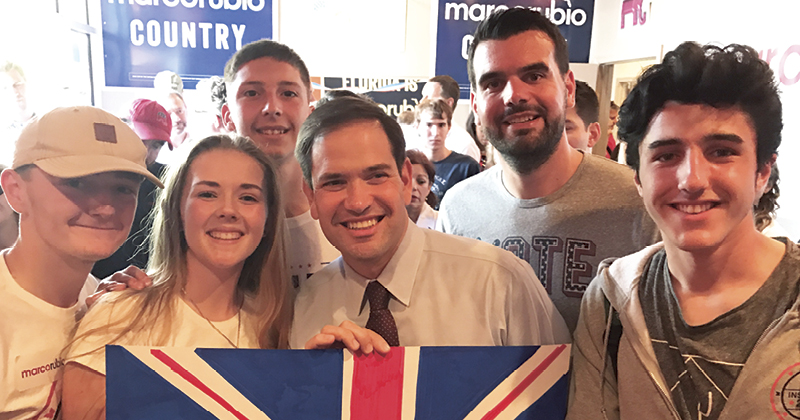 Two sixth-formers who went to the US to campaign for Hillary Clinton say their experiences have made them consider a career in politics. The students got the chance to attend an Obama rally

On the Clinton trail they attended numerous rallies, went door-knocking and made phone calls to voters, working with a team of about 16 other
sixth-formers from across five schools in the UK.

Bethan said: “As a group, we made 11,000 phone calls in two days. We ended up having a running competition with the other schools, so we had a chalkboard of who did the most phone calls each day and it got quite competitive.”

Their involvement with the campaign followed a successful application to the Inspire US 2016 competition organised by the Transformation
Trust. Their school’s application was one of more than 50.

As a result of the trip, the two students (part of a team of four) say that they have discovered a passion for politics and are now reconsidering their future career paths. Bethan was set on becoming a teacher, but is now not so sure. “I think I want to go down a different route. It’s generally difficult to get into politics, but easier if you have the right connections.

“We met someone who works with Barack Obama who started out as an unpaid volunteer, then she was an unpaid intern and then she worked her way up and now she’s got a full career working for him. So you just have to do the unpaid work and have connections with people in
high places.”

Adam added: “The trip has given me an insight into how to get into politics and join a political campaign. I’d enjoy going into politics when I’m older, but only for the right party.”