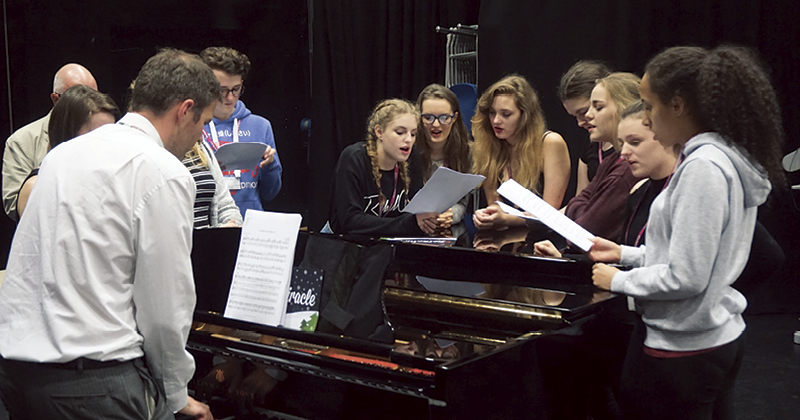 Students and staff at Blackpool sixth form college have produced their own Christmas track to raise awareness of child poverty.

Students and staff composed A Christmas Miracle, which will be sold on iTunes for 79p to raise money for The Children’s Society.

Ten schools from across the Fylde coast of Lancashire took part in the recording this year and appeared in an accompanying video (below) that was filmed at the college earlier this month.

Local businesses in the area have also pledged their support, offering audio equipment and logistical assistance.

College music tutors Ash Goodinson and John Stevens, who are coordinating the project, said they have been “overwhelmed” by the level of community involvement.

The focus on child poverty has particular relevance in Blackpool, where the percentage of children living in poverty is 30.6 per cent compared with a national average of 21.4 per cent, according to Public Health England.

Featured picture: Students rehearse the charity song with Ash Goodinson, one of the project organisers on piano