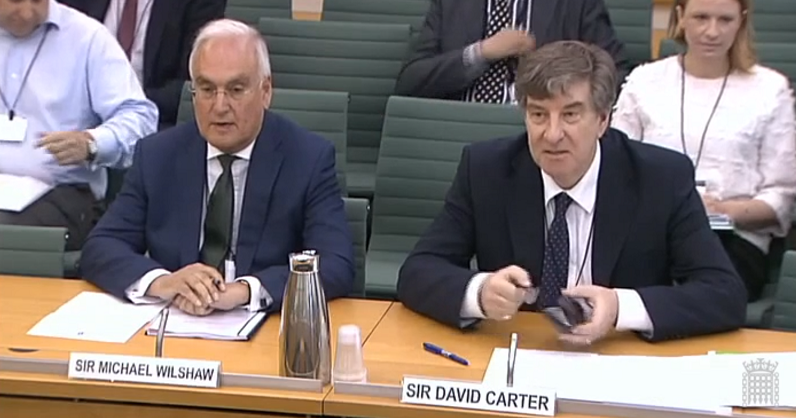 Government should not “get in the way” of local authorities that want to form multi-academy trusts, with the national schools commissioner claiming he does not want to “go to war” with councils.

Sir David Carter, the national schools commissioner, and Sir Michael Wilshaw, the chief inspector of schools, have both voiced their support for councils that want to form their own chains under the expansion of the academies programme.

Wilshaw, who has been a vocal supporter of academies but has also been highly critical of some of the larger academy trusts, predicted that heads would be supportive of bids by councils which were “doing well” to form their own trusts, citing Lancashire in the north west and Hackney in east London as areas where there were “exceptional heads” running schools and “good people” supporting them from the council’s end.

Carter, who has previously spoken of his desire to see individuals from councils come together to form trusts, appeared to go a step further, and said the issue of local authority involvement was at the heart of his desire to see “one education system” and not “have a war” between the academies and maintained schools systems.

“I’m in a very similar space to Michael on this,” he told MPs “If you’ve got a group of schools in the maintained sector working with local authorities at the moment which is providing truly effective support that is valued and moving the school forward, why would we get in the way of that? Why would we damage that relationship?

“There are clearly examples of good and less good local authorities, as there are with good and less good MATs, and I don’t think at the moment if we’re going to create the world-class system that we talk about, that we can’t afford to turn our backs on anybody in the system who’s doing a good job, and that would include people in local authorities.”

Councils have been among the most vocal opponents of measures to convert more maintained schools into academies, and the Local Government Association was one of the biggest critics of the plan set out in the government’s white paper in March to convert every school by 2022.

Following a climb-down by the government in the face of a rebellion from its own MPs, many of whom serve rural constituencies with lots of small schools, the forced academisation of schools will be focused on areas where councils are considered to be underperforming or unviable.

Under current rules, councils themselves are not allowed to start their own multi-academy trusts, but can partner with other organisations which do so, and staff can leave to launch chains.

It is unclear whether Carter and Wilshaw are advocating a change to the rules, or if they will seek to encourage teams currently responsible for schools within local authorities to leave en-masse and launch their own trusts.