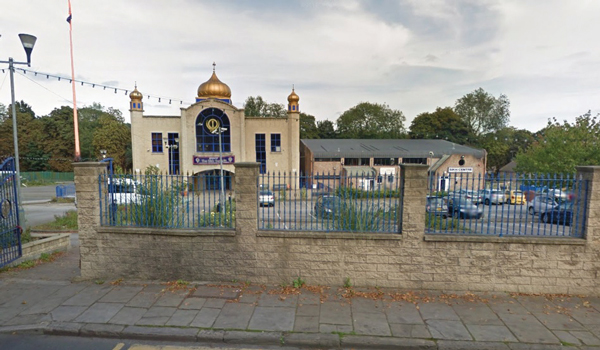 More than 20 children have been given places at Sikh-ethos schools against their wishes – with campaigners claiming their human rights could have been breached.

More than two thirds of the intake at Khalsa Science Academy, a Sikh-ethos primary free school in Leeds, were allocated a place despite not selecting it as a preferred school.

The school, run by the Khalsa Education Trust, is temporarily based in the grounds of a Sikh temple and provides only vegetarian meals, including no eggs, although meat options will be added to the menu when the school moves to a permanent home. Packed lunches are also expected to be strictly vegetarian.

Another 16 youngsters were initially offered places at Khalsa Secondary Academy, in the village of Stoke Poges, in Buckinghamshire, without requesting them. However, this fell to a single place after the second round of admissions.

It is run by a different trust, the Slough Sikh Education Trust, but is also based on a temporary site and also has a vegetarian food policy.

“What’s absolutely clear is that parents shouldn’t be left with no option other than to send their children to a religious school of a faith that they don’t believe in.”

The society is supporting parents’ appeals and will explore challenging the decisions on the grounds of human rights should they be unsuccessful.

The European Convention of Human Rights says “the state shall respect the right of parents to ensure such education and teaching in conformity with their own religious and philosophical convictions”.

Jade Kent, a solicitor at Michelmores LLP, said that serving only vegetarian meals to a non-religious child because of a religious belief could contravene the 2012 Equality Act.

But a school might avoid falling foul of the Act by drafting a food policy outlining the reasons it offered vegetarian-only options – “to reduce a child’s carbon footprint or to promote compassion, for example”.

Of the 30 pupils offered places at Khalsa Science Academy, 22 did not list the school in their choices.

Leeds City Councill allocated places based on the school moving to a new site in Alwoodley in September. However, the move has been delayed, meaning the children have to travel about five miles to the temporary site in Chapeltown. The school has said it will provide a mini-bus.

Parent Martin Wheatley, whose five-year-old daughter has been allocated a place at the school, described the process as “deeply upsetting and worrying.

“We strongly believe in education being secular and not based on any one faith – and we expressly stated in our original application that we wanted a non-religiously affiliated education for our daughter,” he said.

“Last week to our dismay we discovered we had not only missed out on all our choices but that the local authority was claiming that the nearest school we could be sent to was the Khalsa.”

A spokesperson for the Khalsa Education Trust said many parents allocated places changed their minds after visiting the school.

“It’s just getting people past the Sikh-ethos. Its values are serving the community, teaching life-long skills and improving the individual, which sits with British values.”