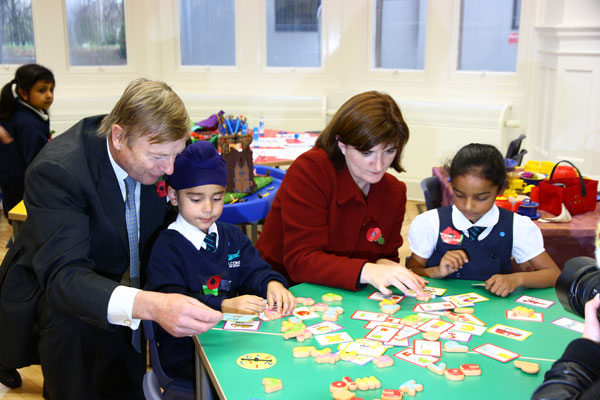 Mrs Morgan met a group of parents, all active in the opening of the school, and saw a presentation by pupils, including a Remembrance Day performance of The Poppy Song.

Falcons has already received £1 million of government funding to help with renovation and refurbishment.

Headteacher Jasbir Mann said: “We were really delighted when Lord Nash said he’d like to visit and that Nicky Morgan would be joining him.

“Bearing in mind our children are reception age and year 1, they weren’t fazed at all, which shows that within two weeks the children had settled in extremely well and enjoyed sharing and showing off their school.”