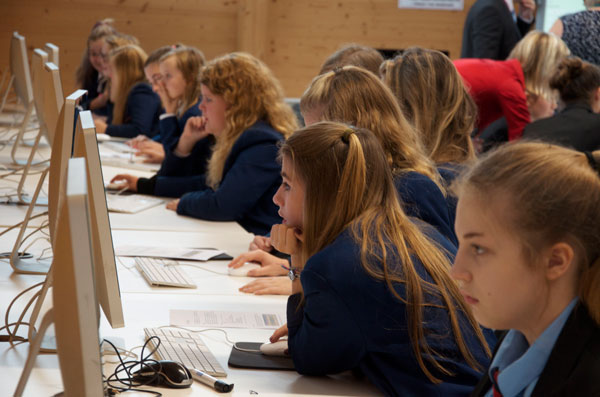 At an event organised by the Programming Challenge 4 Girls, hosted at City Academy Norwich, the girls had to code a 3D animation using the Alice programming language.

The day was organised as part of the international PC4G initiative, which is designed to introduce girls to programming.

Alexis Bale, 13, from City Academy, said: “Things like this give girls more chance to try it and then they can see that it is interesting.”

Jerome Thompson, leader of learning at City Academy, said: “The girls have done four solid hours of coding today, in a new programming language, which is tough. But they worked well together and have really enjoyed it.”