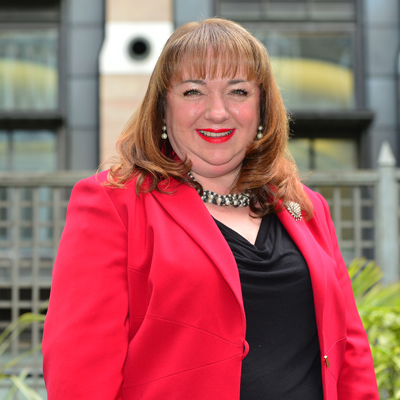 Sitting in her parliamentary office more than ten years after first becoming an MP, what would Sharon Hodgson tell her 15-year-old self?

She becomes emotional as she considers those earlier times. Her mother Joan and her father separated when she was 7, divorcing three years later.

“When my father ran off with another woman, my mother had me, a four-year-old and a two-year-old (her brothers Paul and Peter). We were left impoverished really. No time is a good time to be left with three young kids, but in the Seventies I was the only kid in my class with divorced parents. I remember the shame of it all.” With husband Alan, and children Emily and Joseph

Her father “disappeared off the face of the Earth” and the family home was repossessed. Hodgson, her mother and brothers, moved into badly heated social housing. She received free school meals – and school trips were something for other kids.

Through sobs, she finally answers the question: “I’d say you’re going to have such a great life.”

She has been on quite a journey since leaving school in the north east at 16 with eight O-levels.

Maggie Thatcher’s win had a direct impact on me

Looking back, she remembers being “ambitious” at 21. Working as a payroll and accounts clerk at Tyneside Safety Glass, she joined the company a few months after leaving school. “I remember thinking I was in a good job, I had a car, I was dressed smartly for work every day.”

But she knew there was something missing. “My friends had all gone off to university. My best friend (from school) Rachel had gone to Oxford. I lost touch with them all – really because I wanted to.” Her friends were a reminder of what she knew she had been so very capable of achieving.

Hodgson says she “got” how politics could impact on people early on.

Born in 1966, she was 13 when Margaret Thatcher became prime minister in 1979. She grew up in a matriarchal household. “My dad’s gone, there’s my mam, my nana and me and my two little brothers . . . My nana was a huge part of my life. In Venice with Emily
and Joseph

“The women were constantly saying ‘she might be a woman but it will be terrible if the Tories and Margaret Thatcher got in’. Then I saw the results of it. My cousin was a secretary married to a bricklayer and they had a baby. I would babysit every Saturday night. But then they said ‘if the Tories get in we’re emigrating’.

“So Maggie Thatcher won, they emigrated, and I lost my little job. It had a direct impact on me. I saw everybody losing their jobs and not able to get work.”

Hodgson loved school. “I was top of the class at junior school. I was in the top set at senior school. I liked thinking I was clever and capable.”

She giggles when she remembers the marching jazz band she and her extended family – including her grandmother who collected the money – were all involved in when she was growing up. She was the mascot, aged 5. She says they went on mad bus trips that would definitely not get the go-ahead from health and safety these days. With Alan on their wedding day

She stayed on at school to do A-levels. “They (her mother and grandmother) thought I would always leave school and get a job.”

There was pressure – “not so much from my mam but from my nana, who would say ‘what are you still doing at school? – you should be working. You’ve got all these qualifications’.” She left after the first term of her A-level course.

Her economics teacher put up a fight. “He said ‘Sharon what in the world are you doing?’ I lied. I said I’d enrolled at Gateshead College. He must have been able to tell I wasn’t telling the truth.”

She might have stayed if circumstances had been different: “If Nana had been fully available to look after us my mam could have worked – but my mam’s sister Ella, who had kidney failure, had two little boys and poor nana was between the both of us having to help with two families that were having difficult times for different reasons.” On the beach, with her mother and grandmother

Her mother, now 71, got a job as a full-time carer once her children were older and worked her way up to become a care manager.

When Hodgson was 22, she met her husband Alan at church, marrying two years later. Their two children – Joseph, 22 and Emily, 20 – are both at university.

She says she started to get “really actively political” when she was getting ready to go back to work after her second child.

“I was at home with the kids and it was a very political time . . . [former Labour leader] John Smith died and Tony Blair became leader, Nelson Mandela was released in South Africa and became president. I became fascinated by all of that.

“Alan called it my postnatal depression period. But I wasn’t depressed at all. My happiest time ever was when I was at home with the two kids. I look back and think it was idyllic.” She discovered the parliamentary news channel and joined Labour. She was “never just a paper member . . . I loved knocking on doors and talking to people”. She was a volunteer for the party during the 1997 general election.

Having applied for, and got, a job as a Labour organiser in 1999, she became a Labour link co-ordinator for the public service union Unison in 2002. The sitting MP back in Gateshead East and Washington West announced she was standing down ahead of the 2005 general election. Hodgson was selected and won. In 2010 she also won the newly created Washington and Sunderland West seat. She has been a whip and held positions on several key parliamentary committees since, including chairing the all-party parliamentary group (APPG) on art, craft and design in education.

Seeing her in action there, she’s a passionate advocate for the importance of these subjects to students and the economy.

The results of the latest National Society for Education in Art and Design (NSEAD) survey report 2015-16 show that up to 44 per cent of teachers over all key stages say that time allocated to art and design has decreased in the past five years. Hodgson said ahead of the APPG meeting how vital it is that art and design teachers get the recognition and support they deserve from policymakers and the government “so that they can educate future generations with the creativity, talent and skills to drive our economy in the 21st century”.

Hodgson seems happy in her work – but in a parallel life I believe she would have made a wonderful headteacher. She’s warm, droll, and compassionate. But not a walkover. The very best sort of headteacher you could get.

What are your hobbies outside politics?

I don’t really have any as politics was my hobby and now it’s also my job! I love going to the cinema and West End musicals when I get the chance, which is only during the parliamentary recess even though I work in London.

How do you spend time with your family?

Both my kids are at university and my favourite pastime when they are home is cooking their favourite meals. I love nothing more than when we’re all sat around the table catching up.

What was your favourite subject at school – and who was your best teacher?

Your house is on fire! What two things do you rescue?

My kids if they are home. If not, then my husband and dog. If it has to be non-living things it would be my handbag as it has most of what I need in it.

What was your favourite childhood toy?

I can’t remember. The only thing I’ve kept long term is my mace from my jazz band days.

If you could go back to any period of history, when would it be?

If it has to be a historical period then I really can’t pick one as I wouldn’t want to live in this country pre-welfare state or
pre-women’s equality and suffrage. As I can’t imagine life would have been easy for a working-class girl from Gateshead! 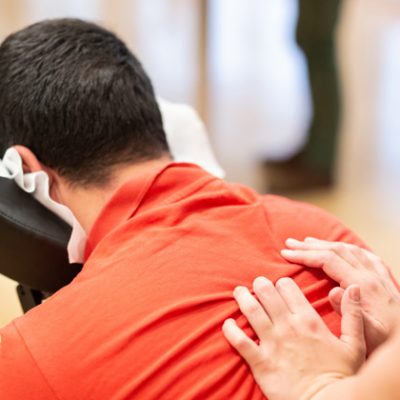