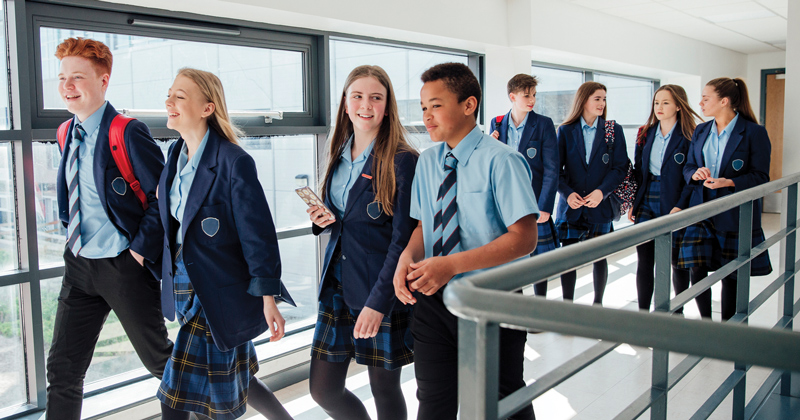 The number of pupils in English secondary schools is set to rise by 418,000 over the next nine years, an increase of 14.7 per cent.

Pupil numbers in secondary schools will increase from 2.8 million this year to around 3.3 million in 2027, according to the Department for Education’s latest forecasts.

The increase is the result of a population bulge caused by an increase in the birth rate in the early 2000s, which is in the process of moving from primary to secondary level. The increase is expected to level off in secondary schools in 2025.

However, the number of primary and nursery pupils is projected to fall as a result of fewer births from 2013, a change that is now starting to affect the cohorts starting primary school.

There was a 1.1 per cent increase in primary school pupil numbers this year compared with last year, which is slightly lower than forecast previously.

However, there are going to be 112,000 fewer pupils in primary schools nine years from now, the DfE estimates. Primary pupil numbers are expected to “stabilise” next year, before beginning to fall.

The number of pupils in secondary school increased by 1.9 per cent over the past year, to reach 2.8 million – slightly lower than forecast previously.

The overall population in secondary schools is projected to reach 3.3 million in 2027, 418,000 higher than this year and a 14.7 per cent increase over the whole projection period.

Direct immigration of pupils born outside the UK has a very small effect on the school age population, the report states.

However, the birth rate, which has a much larger effect on school population, is in turn affected by any increase in the number of children born to non-UK born women, who tend to have higher fertility rates, it goes on to say.

The overall effect of these changes on the projected population is that the number of children attending all state-funded schools has been rising since 2010, and is projected to continue on an upward trend until 2024, albeit at a gradually slowing rate after 2019.

The overall population is then expected to fall slightly until the end of the projection period, in 2027.