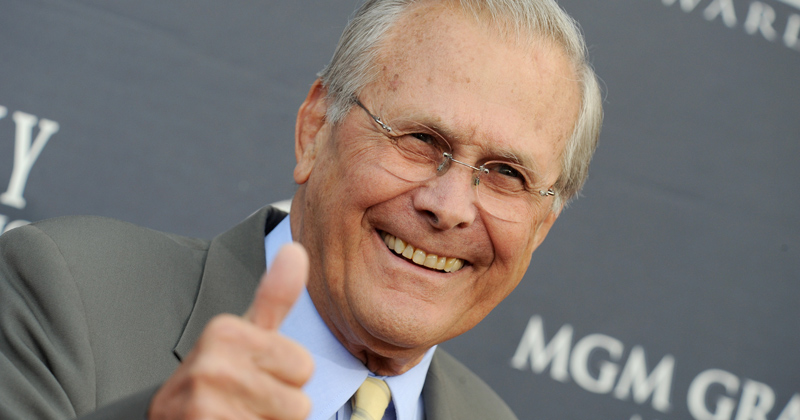 There’s lots to talk about after a year in which education remains one of the few issues outside Brexit, but Vic Goddard and Caroline Barlow decide to stick to the big issues

This sums up the divisions between large swathes of the secondary sector and those that have the control over education policy. We all “know” many things from working within schools for many years, but too often they seemingly remain “unknown” to those above us.

It would be a travesty not to start by talking about school funding as the biggest example of a “known unknown” this year. Despite headteachers leaving their schools to march to Downing Street, parent protest groups, the education select committee discussing it and MPs raising it as a parliamentary debate, the government line remains that education is funded sufficiently (or at record levels if you will!). It continues to put its fingers in its ears while repeating the false lyrics of a worn-out song that no one believes, least of all the Office for National Statistics.

Another Rumsfeldian aspect has, of course, been Ofsted. It seems that there is a realisation of the challenges of the current framework for schools serving deprived areas, and at least some talk of positive recognition for those schools striving to raise whole communities. The most obvious “known unknown” is the impact of continuing to grade schools. We all know that when a school is placed in a category it is harder to recruit the best teachers; in fact it is harder to recruit ANY teachers. We know that the fear of the cliff-edge accountability is difficult to control and can drive poor decisions. We know that schools graded outstanding can be left without checks for far too long, especially around safeguarding. This is not new knowledge, but yet it seems to have remained broadly unknown by those that make policy.

The government is keeping its fingers in its ears over funding

The “known unknown” is the impact the new Ofsted framework on judgments, leadership and workload. Little could live up to the optimistic rhetoric that is building around its potential without careful thought of how it will play out in reality.

The issues around recruitment need urgent focus – we have known this for too long, although solutions remain unknown or unseen by those willing or able to address the causes. The now known is the issue of retention. If we can ensure that those entering the profession remain energised and enthused by their work and their ability to become experts in their craft, then we would go some way towards sustaining our best.

A positive move this year more than ever is the move to evidence-informed practice. It is hard to think of a more “Rumsfeld” aspect of 2018. The research is rarely new, but was unknown by far too many of us. A great deal of credit has to go to the likes of John Hattie, Rob Coe and, of course, Becky Allen, for being strong catalysts for this. Research evidence cannot become the next “off the shelf” remedy and there is an acceptance that context will always be a major driver of practice. However, knowing what has worked elsewhere can only be a major positive.

It is a real shame that the Department for Education is not taking notice of the mounds of data on grammar schools. The minimal impact they have on social justice and the damage to other nearby schools have very little unknown about them, but we still have had millions of pounds spent on expanding them!

We started this piece with a quote from a US politician that summed up the year and now we’ll finish with another from a surprising source as a plea for next year: “Watch, listen and learn. You can’t know it all yourself . . . anyone who thinks they do is destined for mediocrity.” Donald Trump