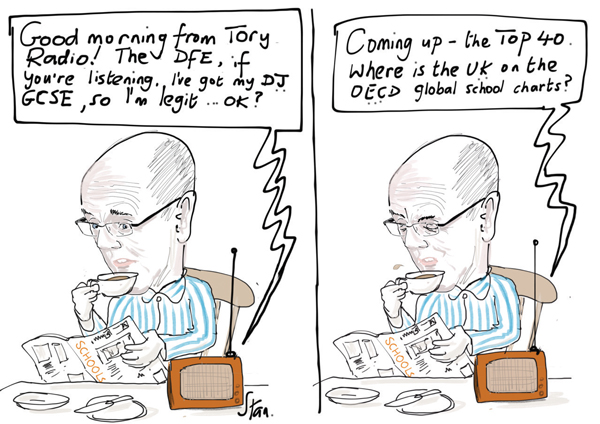 Students can show what they know about “scratching” and “turntableism” as one exam board embraces DJ-ing skills as an option in its new GCSE music exam.

AQA has remixed its syllabus to offer pupils the chance to shout out their DJ credentials.

As part of the performance section of the new exam specification, pupils can show a combination of the technical skills and the methods required for a DJ set instead of playing a more traditional instrument, such as the guitar or piano.

Required performance skills will include “scratch” routines, a technique associated with hip-hop music, which produces different sounds by moving a vinyl record backwards and forwards on a turntable.

But students will not be restricted to vinyl; they can also use CDs or a lap top during their performance.

Curriculum developer for music at AQA Jeremy Ward said: “DJ-ing is an incredible performance skill, and the kids relate to it. It’s in line with technology and what the kids are doing.”

Bands now want to get their music on to games consoles rather than into the charts, Mr Ward said – “so it’s all tying in with where students are spending their time”.

He stressed that the syllabus was specific in terms of the skills expected to be demonstrated. “We wanted to make this a worthwhile way forward for the students, but it’s got to have purpose and value.

“We’ve taken our time, done our research and consulted experts to see what they think. It’s been endorsed by a lot of teachers who have seen it.”

AQA is not the only board bringing in DJ-ing. OCR’s draft new GCSE music exam will also include it. Marie Jones, OCR’s subject specialist for music, said: “There’s a component that allows quite free rein, giving students the chance to study rapping, beatboxing, DJ-ing and sequencing.”

Plans for all the exam board’s new music GCSEs will be available to teach from September 2016, and are being submitted to the regulator Ofqual for accreditation.

An Ofqual spokesperson said: “An awarding organisation must demonstrate to Ofqual’s satisfaction that it is capable of complying, on an on-going basis, with all of the general conditions that apply in respect of the qualification for which it is seeking accreditation.”