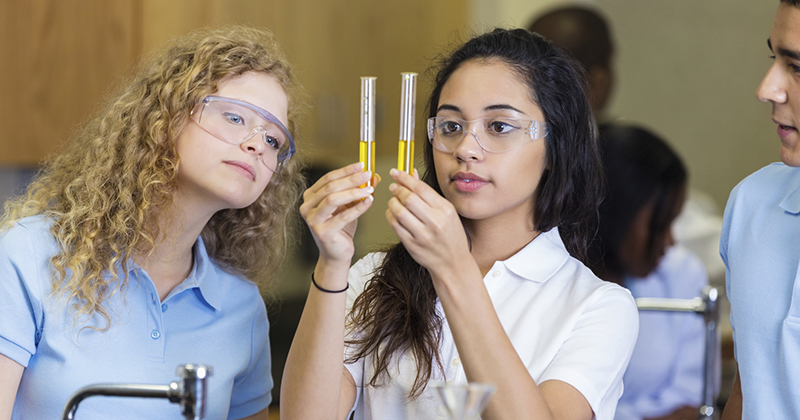 The reformed science A-levels could be driving higher-ability pupils away from practicals, after mandatory experiments were dropped from the curriculum, according to a new Ofqual report.

Most teachers interviewed by the exams watchdog agreed that the previous science A-level format, in which a practical experiment made up 20 per cent of a pupil’s final grade, had been unreliable and allowed schools to “bend the rules”.

But many said they were concerned that the reformed qualification, which dropped practical experiments as forming a pupil’s final grade in 2015, had such increased subject content there was little “breathing space” to deliver practical lessons.

The “flexibility” of the reformed A-levels, which require practical experiments to be embedded in lessons but not assessed for a final grade, has seen some schools “embracing” them, but has caused others to focus solely on the assessed, non-practical areas of the course, said the report.

Ofqual interviewed 38 A-level science teachers from 14 schools and colleges to collect their views on the final cohort of pre-reform pupils who sat exams in 2016 with the first cohort of post-reform pupils this summer.

And while most teachers were satisfied with the reforms, teachers at one school said their highest-achieving pupils had become less motivated to do experiments, because they were “savvy” enough to realise they didn’t count towards a grade.

When the reforms were first introduced, then-education secretary Nicky Morgan hesitated over Ofqual’s plans, saying she was worried the reforms might “hold back the next generation of scientists”.

The report said while most teachers said pupils were not less motivated to do science experiments now, there was “significant anxiety” among some teachers about how to prepare them for the practical skills questions in the new exam.

Under the reforms, 15 per cent of the available marks concern the understanding of practical skills. Teachers are required to assess pupils on 12 “hands-on” practical assignments, which do not contribute to their overall grade, but for which they receive a separate pass or fail “endorsement” on their A-level certificate.

Other teachers said lower-ability pupils benefited from more regularly assessed “hands-on” experiments, and all their pupils were more motivated because the experiments were less stressful.

In general, the exams watchdog said the reforms had either made no difference to how many practical experiments were taking place, and had in some cases increased their regularity due to the “hands-on” requirement.

But some schools said experiments were now shorter or less in-depth, and some teachers warned of “competing priorities”, due to the additional subject content and the greater emphasis on maths skills.

One chemistry teacher said the new curriculum “doesn’t leave you a lot of scope for going off and doing a bit of research-type work” and that “there isn’t really the time in the curriculum for doing that”.

A biology teacher said there was “no breathing space” in the timetable to explore experiments. Other teachers said the reforms had encouraged them to do longer experiments – but that getting double-lesson period to carry them out was a problem.

Another chemistry teacher mentioned former pupils who said long, assessed practical experiments had been a major factor in them choosing to study science at university, and were “sad” this had been removed.

However some teachers said pupils were thinking more for themselves by doing the regular practical assignments.

On balance, Ofqual said the reform had been “embraced positively” by the interviewed teachers, but there were “a number of issues” which may need “refinement.”

It accepted that the report could not be taken as representative of the national picture, and that the schools which chose to take part may have had particularly strong traditions of promoting practical science work.