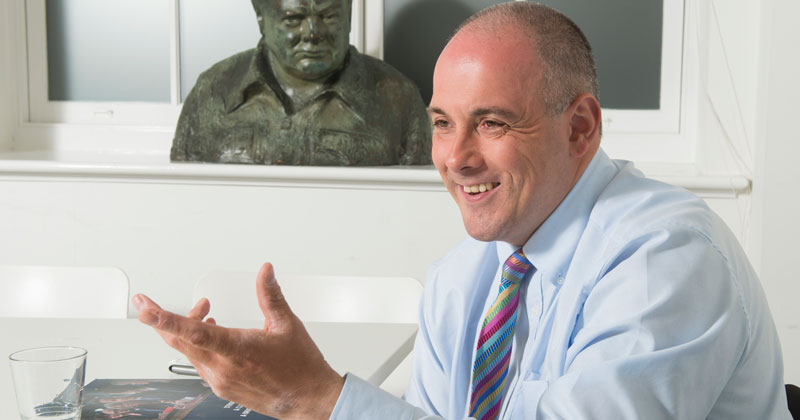 GCSEs and A-levels should be scrapped and replaced with one “holistic baccalaureate” for 18-year-olds which recognises academic and technical skills and personal development, a senior Conservative MP has said.

Robert Halfon, a former skills minister who chairs the parliamentary education committee, wants to mimic the international baccalaureate, which requires pupils to sit subjects from six different groups and a “core” curriculum comprising elements like knowledge and creativity.

But a union leader warned of “significant practical problems which we would need to overcome” if GCSEs were to be abandoned.

There have been growing calls for GCSEs to be scrapped since the participation age for education and training was raised to 18 in 2015, meaning far more pupils stay in full-time education beyond the age of 16.

Now that we have raised the participation age, we must abandon GCSEs and move towards a holistic baccalaureate at age 18

In a speech to the Edge Foundation on “a 21st century education system”, Halfon will say that “dry rote learning for exams is not the way forward and GCSEs have had their day”.

He said an IB-style qualification for 18-year-olds in England would “act as a genuine and trusted signal to employers and universities of a young person’s rounded skills and abilities”.

“Schools would then be measured on two things – completion of the baccalaureate at 18 and the destinations of their pupils in the years after leaving, with apprenticeships explicitly counted as a gold standard destination,” he will say.

The speech will coincide with the release of new polling by YouGov, which shows 73 per cent of parents in England and Wales believe there is too much emphasis on exam grades achieved at secondary school.

“We must remember that since 2015 all young people have been required to participate in some form of education and training up to 18,” Halfon will say.

He will call on the government to “take the opportunity to fundamentally reimagine this phase of education”, and carry out a simple data-led “progress check” at 16, instead of high-stakes exams that “drive so much perverse behaviour”.

Under the international baccalaureate diploma programme, 16 to 19-year-olds follow a curriculum made up of six subject groups; language and literature, language acquisition, individuals and societies, sciences, mathematics and the arts.

The programme, currently used in just 112 schools in the UK, also has three core elements; theory of knowledge, creativity, activity and service, or “CAS”, and an extended essay.

Geoff Barton, the general secretary of the Association of School and College Leaders, said there was “a lot of merit to the idea of scrapping GCSEs and having a single set of exams for 18-year-olds”, but warned of “significant practical problems which we would need to overcome”.

“It would therefore make a great deal of sense to replace GCSEs with some sort of light-touch assessment which would help determine post-16 routes rather than persisting with high-stakes GCSEs. Young people could then take qualifications at 18 tailored around their onward progression into higher education, apprenticeships and careers, and which could include a mixture of technical and academic subjects.”

Barton said GCSEs placed pupils under “a great deal of pressure”, and said Halfon was right to ask questions about “whether there is a better way”.

“Scrapping GCSEs would clearly constitute a significant change, and many practical issues would have to be addressed around any new system for progression between schools, sixth forms and colleges, but he is right to initiate the debate.”