Schools are increasingly forced to live beyond the meagre means the government gives them, a situation that can’t last according to the EPI’s Jon Andrews

Ten years ago, I was working in the Department for Children, Schools and Families on school efficiency. Amongst other things, I was tasked with developing guidance for local authorities on how they could recover excessive school balances. Ministers were growing increasingly concerned about the amount of revenue funding that was being stashed away “just in case”.

The situation today is somewhat different. In our latest report, we examine recent trends in school balances, and assess whether schools will be able to meet cost pressures over the next two years, in light of government funding reforms.

To some it will make sobering reading, to others it will be a very familiar picture.

It is clear from this report, and other recent analysis, that after a period of significant real rises in school funding under the Blair and Brown governments, and protected real budgets under the 2010-2015 Coalition, we are presently in a period where in many schools, annual budget changes are not keeping pace with inflationary pressures. We find that over 60 per cent of maintained primary and secondary schools spent more money than they received in income in 2016-17.

A quarter of local authority maintained secondary schools are in deficit

Spending more than you have coming in for one year isn’t necessarily a concern – it is of course the very point of having reserves. The greater worry is that some schools have been running such deficits for a number of years – we find that 40 per cent of maintained secondary schools have spent more than they have coming in, in each of the last two years. 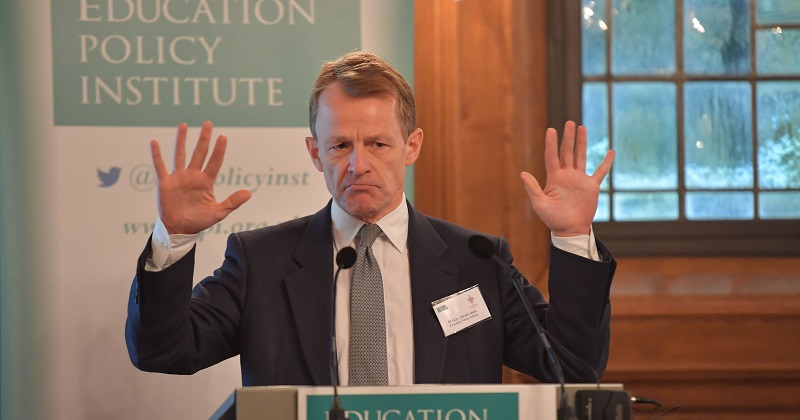 This has led to a significant rise in the number of schools running overall deficits – this is particularly notable for maintained secondary schools where the proportion that are in deficit has trebled in just four years.

So, over the past decade we have moved from a situation where schools were frequently building up excessive reserves of money, to one where over a quarter of local authority maintained secondary schools are in deficit – neither are indicators of a well-functioning funding system.

The government will point to the additional funding it is putting into schools, in particular the £1.3 billion announced after last year’s general election. However, we find that for a significant number of schools – almost half by 2019-20 – that won’t be enough to help meet the cost of teacher pay pressures, let alone other pressures including the apprenticeship levy or wider inflation.

So, either the government will have to give schools more money to avoid an increasing number falling further into deficit, or schools will need to make further cuts. There is very little room for that without cutting teaching or support jobs. The government will need to be very clear with schools what it expects them to do in terms of class sizes, teaching assistants and wider pastoral care. And they need to be realistic about the situation that many schools now find themselves in.