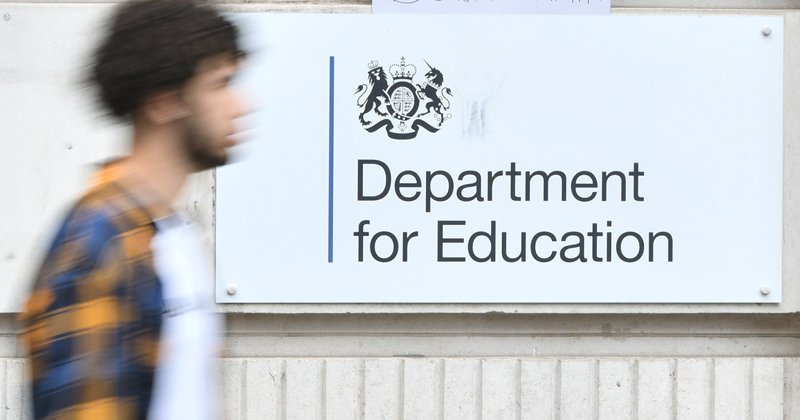 The government has cut funding promised to schools for improvement support after the scheme was repurposed to help leaders struggling with educational issues or remote learning during the pandemic.

Under a new recovery scheme, schools can request an “experienced system leader” for up to five days to “help them overcome the challenges faced or exacerbated” by Covid-19.

The Department for Education support scheme has been repurposed from last year, where schools rated ‘requires improvement’ could get up to three days’ support from a national leader of education (NLE) and £24,000 to address the needs identified.

A total of £16.5 million was set aside to support 2,400 schools nationwide for three years, which worked out at £5.5 million a year. But just a third had been spent when the scheme was paused in March as schools closed because of coronavirus.

Under the new “recovery” scheme, launched in May but details of which were published this week, the DfE said about £3.3 million was expected to be spent this financial year – 40 per cent down on predecessor.

Any further spend beyond spring next year would be confirmed in the spending review, a spokesperson for the department said.

Toby Greany, professor of education at the University of Nottingham, said there needed to be a “wider reset about how we help all schools get back onto a positive footing”.

“It seems very unlikely this can be done on a smaller budget that what we had pre-Covid. The scale of the issue is in all likelihood greater now than it was before. The department needs to put more money into it and really help all schools.”

Under the scheme, system leaders will “tailor support to the individual needs” of the school or trust. They are likely to focus on support or planning with remote learning, how to use catch-up funding and replacing “lost leadership” capacity because of the pandemic.

Eligible schools are those with “educational issues that have either been caused or exacerbated by coronavirus” or who are “facing operational challenges because of coronavirus and would benefit from additional leadership capacity, including help with your remote learning offer”.

Schools wanting support should contact their local regional school commissioner’s office. The commissioners will administer the offer and work with local authorities, dioceses, the Teaching Schools Council and academy trusts to match leaders to those in need.

However, the additional cash of the old scheme has been dropped. Support for this year will “be in the form of dedicated time made available to the school and, where appropriate, its MAT, for up to five days”. The offer is also described as “time-limited”, but no further details are provided.

The DfE added: “We may provide additional support to schools with particularly challenging needs.”

Schools with an existing signed grant offer letter from the previous scheme could “still receive their allocated support under the previous school to school support offer”, a DfE spokesperson said.

However, Heather Leatt, director of school improvement at Kent Catholic Schools’ Partnership, said one of its primary schools had been promised £24,000 under the old scheme in the Autumn term last year. Problems finding an NLE meant it rolled over past March, when the scheme was paused.

When schools reopened fully in the summer term, Leatt said she was told the “funding had been stopped”.

“We wanted to spend that on an action plan to improve maths and we were desperate to get it underway. £24,000 would have gone a long way.”

Almost 500 schools have been matched to a system leader so far. The DfE said it “would like to offer support to every school that is identified as vulnerable, although if the level of demand increases significantly, we could be limited by the availability of system leaders”.

Leora Cruddas, the chief executive of the Confederation of School Trusts and a member of the group that advised government on NLE reform, said: “It’s a completely sensible move to repurpose this scheme as part of the crisis recovery response. It’s supposed to be responsive to what schools need.”

It is not the first government scheme to be repurposed to address specific Covid challenges. The edtech “demonstrator schools” programme was refocused to help support better use of remote learning in the sector.

The government is also implementing proposals to reform the NLE programme. The number of leaders has plunged in recent years after the government halted recruitment amid a review into school leadership structures.