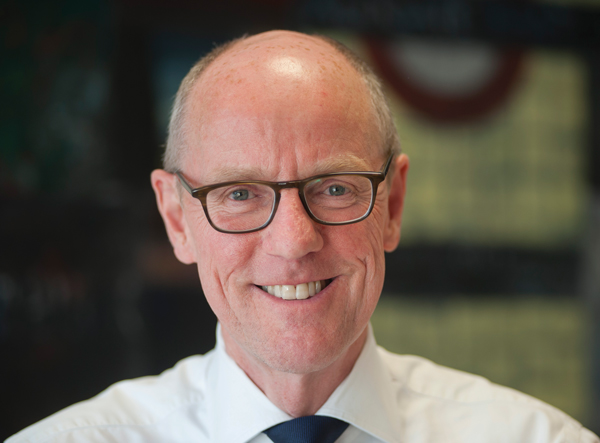 Teachers will not share the “luxury” of greater time for lesson planning enjoyed by their counterparts in south Asia, despite the government’s major £41 million scheme to adopt their “mastery” maths model, Nick Gibb has admitted.

Speaking at the Advisory Committee on Mathematics Education conference today, the schools minister announced that half of England’s primary schools will a receive a share of the funding over the next four years to introduce the whole-class teaching method.

So far, 140 teachers have been trained in the mastery approach, also known as “Shanghai maths”. The model is claimed by the schools minister to have influenced Shanghai pupils’ high achievements in international maths tests.

The funding will support training for an additional 700 teachers, who will then share their knowledge across the system, and will cover the cost of textbooks.

But concerns have been put forward by unions and teachers about the feasibility of securing the extra planning time which features in the Shanghai school system to ensure its success.

An evaluation of a pilot of the Shanghai model, published today by Sheffield Hallam University, shows that in south Asia teachers only have two 40-minute lessons per day.

The rest of the day is devoted to professional development, including lesson observations and teaching review group meetings.

Speaking to Schools Week after the conference today, Gibb said teachers in England could not share the luxury of low lesson loads and long planning time because it was one of the many “cultural differences” compared with south Asia.

He said: “In Shanghai, teachers only teach two lessons a day. They use the afternoon to help pupils on a one-to-one basis and that is a luxury that Shanghai has.”

But he said schools “can learn” from what happens in Shanghai classrooms and the resources available will enable teachers to “adapt to our own situation”. He added: “But obviously we can’t take the whole package.”

He added: “Part of the success of maths teaching in countries like China and Singapore comes from the respect in which they hold teachers and the time they give them to plan and prepare. If the government wanted to import these practices, too, we wouldn’t object.”

Bruno Reddy, blogger and former head of maths at King Solomon Academy in London, told Schools Week he would like to see primary schools create “maths specialists”, who solely teach maths, to address this concern.

He said: “It is absolutely true that we do not have much planning time here as Shanghai teachers but there are systems and structures that we could adopt that would make our planning time more fruitful.”

He said specialist maths teachers should start teaching in year 1 or, if that was “unfeasible”, from year 3 onward, though he noted training “that many teachers” would be a “tall order”.

The maths mastery approach involves whole-class teaching, taking pupils of all abilities through calculations in detail, and is supported by the use of high-quality textbooks.

Reddy said the model was not the same as rote learning, which the method had been compared to following the announcement.

He said: “By rote learning people think students are going to be practicing ad nauseam and that is going to be the preferred approach to teaching our students. That isn’t the approach Shanghai teachers use.

Reddy said pupils were “not simply taught by large volumes of repetitive questioning”, but had to explain their answers and show understanding.

Charlie Stripp, director of the National Centre for Excellence in the Teaching of Mathematics, which runs the training programme for the mastery model, added: “Contrary to some reports, teaching maths for mastery is not about rote learning and drilling, though it certainly does result in pupils knowing and being able to recall times tables and other key number facts, which represent an important foundation for learning and using maths.”