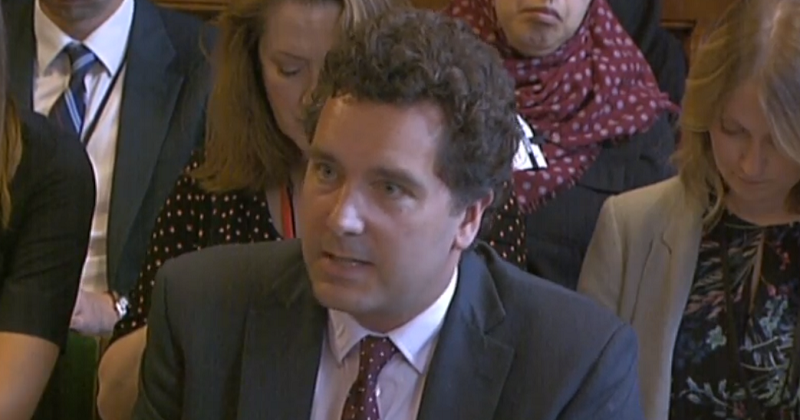 Ministers will meet with Ofsted to discuss a “cohesive response” to sexual harassment and bullying in schools after the watchdog faced criticism for leaving sexism out of its handbook for inspectors.

Although the handbook includes specific references to racist and homophobic bullying, as well as discrimination on the grounds of disability, there is nothing which explicitly outlines how inspectors should identify and flag up sexist bullying in schools.

Edward Timpson, the children’s minister, told the parliamentary women and equalities committee that there “may be a case” for including more explicit references to sexism in the handbook, and pledged to work with the inspectorate.

The committee grilled Timpson alongside colleagues Karen Bradley, minister from the Home Office and Caroline Dinenage, the equalities minister, this morning during the latest in a series of hearings on sexual harassment in schools.

MPs have voiced fears throughout the inquiry about the prevalence of sexual bullying in schools, with one committee member even claiming that evidence pointed to there being a problem in every school in England.

The latest edition of Ofsted’s inspection handbook instructs inspectors to request from schools any records and analysis of direct “bullying, discriminatory and prejudicial behaviour”, including “racist, disability and homophobic bullying, use of derogatory language and racist incidents”.

But no such demand is made in relation incidents of sexual harassment or sexist bullying. In fact, sexism is not even mentioned at all in the document, and this revelation, coupled with fears that pressure on teachers is also leading to under-reporting of problems by schools, has prompted concerns that sexual bullying is far more widespread than official figures suggest.

The Children’s Society has raised significant concerns about the attitudes of teachers to children who have been sexually abused.

In its written evidence to the inquiry, the society said it had been involved in cases where school staff believed a young person had “consented” to sexual relations and therefore did not perceive it as a child protection or sexual exploitation concern.

“In other examples, professionals could recognise sexually inappropriate behaviours but believed that a young person could not be helped,” the organisation said. “Our practitioners also suggest that there is a culture of fear amongst staff in schools related to Ofsted inspections and the handling of sexual harassment and violent cases.”

Timpson, who agreed that government figures which showed there were problems with sexual harassment in only 5 per cent of schools represented “just a snapshot”, said Ofsted’s role was important, but warned that it should not “make teachers risk-averse”.

The minister said the appointment of new chief inspector Amanda Spielman offered an opportunity for government and the inspectorate to work on a “cohesive” approach, and said talks would include discussions over whether there was a need to more explicitly mention sexism within not just the handbook, but the criteria on which judgments are made and the training given to inspectors.

“I can’t tell Ofsted what to do, but I think there’s a conversation to be had about have we got the balance right, and how confident are they that their inspectors who are going to schools right now are able to ask the right questions,” Timpson said.

An Ofsted spokesperson said the watchdog “looked forward” to engaging with ministers.