Schools in England have lost more than £2.8 million in funding this year after failing to enrol thousands of sixth formers in additional English and maths classes.

Since September 2014 it has been compulsory for pupils who did not achieve at least a grade C or 4 in English and maths to continue to study the subjects during their post-16 education.

Under government funding rules, schools lose funding for every pupil who is not enrolled on an eligible course. Pupils who achieved a D or 3 in year 11 must continue to study GCSEs, but those who achieved a grade E or 2 or below can take functional skills qualifications instead. 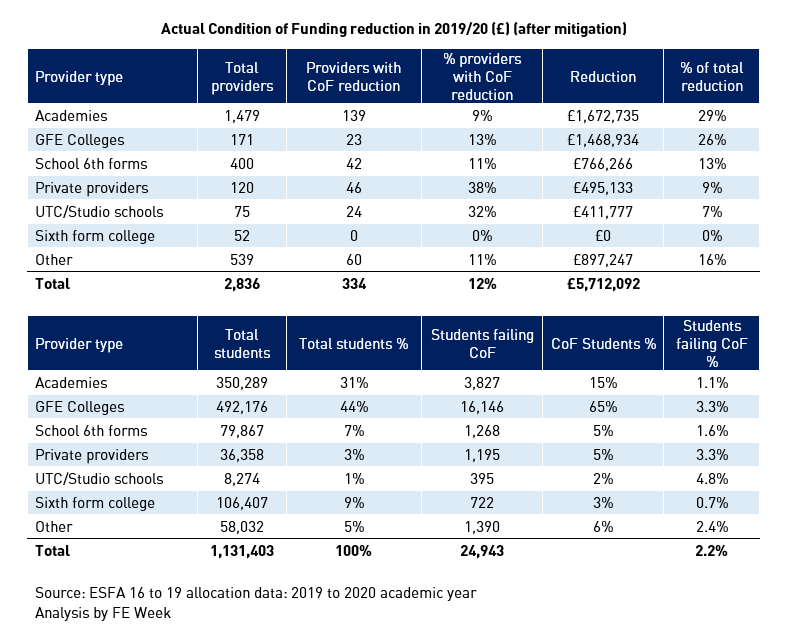 The English and maths retakes policy has been controversial, not least because of the additional resources required by schools and colleges to facilitate continued study of the subjects at sixth form.

Reforms to GCSEs have also complicated the issue. Last year, it was revealed that tens of thousands of sixth formers who were among the last cohort to sit the old GCSEs were forced to wait an extra year before resitting because they needed to complete “a full year of study” before sitting the reformed qualifications.

The knock-on effect of the reforms prompted a staggering 94 per cent rise in November entries among that year group, the figures show.

The retakes policy has been questioned by the leadership union ASCL’s forgotten third commission, which looked at the plight of the third of pupils who don’t reach a pass in English and maths every year. Labour has also pledged to scrap it.