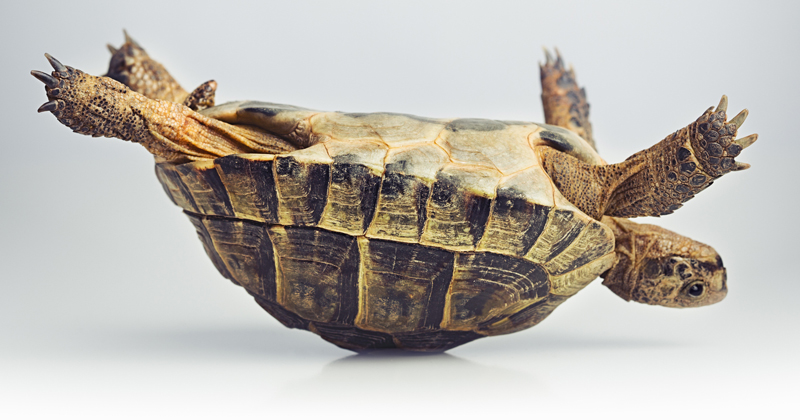 The school inspectorate’s Fight or Flight report is a damning admission of its own failures, writes Mary Bousted. But it could also be the first step in a bold new direction

I wonder if today’s Ofsted report on stuck schools is the start of a new approach on behalf of the schools’ inspectorate?

For years, Ofsted has repeatedly denied that it is part of the problem when it comes to raising standards in schools, and dismissed clear evidence that its inspection judgements are routinely biased against schools in isolated areas with deprived pupil intakes.

A report by the inspectorate categorised many of these very schools as ‘stuck’, and contained the frank admission that: ‘it is clear that inspection has not been the required catalyst for sustained improvement in these (stuck) schools’ cases’.

This is a significant statement by Ofsted. In effect, its claim to be a force for raising standards and improving lives can no longer be taken seriously.

All the ‘stuck’ schools in its research have, over a period of ten years, had four full Ofsted inspections as well as regular interim monitoring visits.  The scrutiny of these schools has been intense, prolonged and continuous. It has, for the staff who work in them, been immensely stressful and exhausting. It has driven many from the profession.

But all this activity has failed to achieve its purpose in 415 schools serving some 210,000 pupils.

Instead of insight however, most readers will only get a tired sense of déjà vu from reading the report.

We are told that ‘stuck’ schools find it more difficult to recruit and retain teachers and leaders. Indeed, one school had fourteen leaders in ten years. While that fact alone is shocking, the context is really no surprise.

Yet Ofsted offers no analysis of its own role in depriving these schools of teachers and leaders who, in a time of national teacher shortages, make the entirely rational choice of working in schools with more affluent pupil intakes and far fewer chances of being labelled ‘inadequate’.

We are told that ‘stuck’ schools have deprived pupil intakes, with all the attendant problems this brings in terms of pupil motivation, self-confidence and readiness to learn.

Yet Ofsted says nothing about the poverty blighting children’s lives, leaving them with a 40 per cent attainment gap with their middle-class peers before they even start school.

All this activity has failed to achieve its purpose in 415 schools serving some 210,000 pupils

And Ofsted is, shamefully, silent about the exponential rise in child poverty over the course of this decade. Combined with a 40 per cent cut in local authority budgets, schools in deprived areas are often left as the last public service standing as CAMHS, school attendance officers, speech and language therapists, children’s social workers struggle to cope or are altogether cut.

In Ofsted’s myopic world view, it is up to schools to overcome the rampant inequality in our society and to stand alone against the forces that depress their pupils’ educational attainment.

In turning a blind eye to all that is politically unpalatable, Ofsted plays a major role in failing to recognise, and reward, the achievements of schools doing the hardest work in the most difficult of circumstances.

Such selective blindness leaves Ofsted open to ridicule. Some will say they are demonstrating due impartiality, but only just over a year ago the chief inspector stated there was no evidence funding cuts were affecting educational standards.

This is just not good enough.

And that may be a truth that Ofsted is, belatedly, coming to recognise.

Because there are interesting, and potentially positive, new directions for Ofsted indicated in this new report.

Ofsted proposes to conduct longer inspections with stuck schools, and to abandon a single inspection judgement. If this signals a move towards a better-quality inspectorate staffed by better-qualified inspectors, then that would be a good start.

If the direction is towards altogether ceasing to award schools an overall inspection grade, then that would be real progress – because schools are too complex to be defined by a reductive, single grade.

And if Ofsted is waking up to the fact that the inspectorate should be supportive of school improvement, then that realisation is long overdue.

But until it’s ready to speak truth to power about the impact of wider policy on the education of our most vulnerable students, then in reality it’s Ofsted that will remain stuck in its rut.