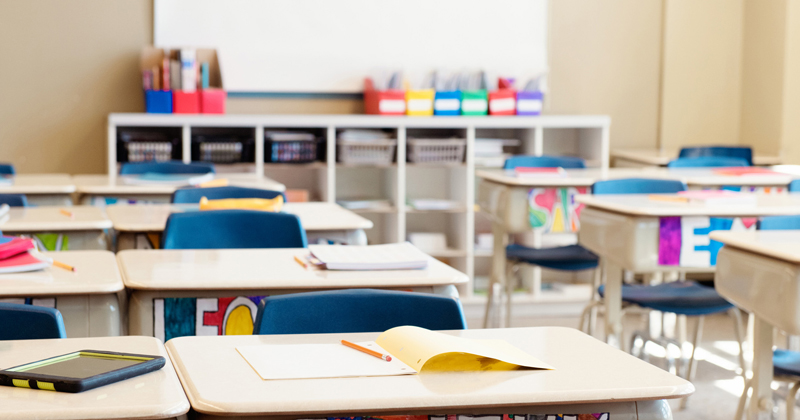 Over the past year, disadvantaged children have fallen even further behind their more affluent classmates in terms of GCSE attainment, which could signal the start of growing educational inequality, writes Jo Hutchinson.

In the face of mounting financial pressures and disappearing wider social support, we can no longer say that the gap is on course to close within fifty, or even one hundred years. Since 2011, the momentum has drained away until we can now no longer see progress being made.

Each year, the Education Policy Institute examines the disadvantage gap. This year, we found that disadvantaged children have an average attainment gap equivalent to 18 months of schooling by the time they sit their GCSEs.

For persistently disadvantaged students, those who have spent 80 per cent of their time at school on free school meals, this attainment gap rises to almost two years. Like the disadvantage gap, this gap for long-term disadvantaged children widened in 2018.

It is possible that cuts to school and local authority budgets are partially to blame for this slow progress in closing the gap.

Real-terms funding has fallen by 8 per cent since 2010, and the proportion of local authority (LA) maintained secondary schools that were in deficit in rose to almost one in three in 2017-18.

Class sizes are rising in secondary schools (partially due to rising pupil numbers), and teacher pay has declined by about 10 per cent in real-terms since 2010. School staff report that teachers, teaching assistants, support staff, school trips, and IT equipment, have been cut for financial reasons in many schools.

For instance, speech and language therapy, which disadvantaged children are twice as likely to need, has been cut. According to a survey by ISOS, by the end of 2018-19, local authorities could have a total deficit of around £470 million on their high needs block, which pays for special needs support and alternative provision. Pupils with an Education, Health and Care Plan remained three years behind their peers without SEND in 2018.

Pressures on school and high needs funding come at a time when wider support services for children are under strain.

Last year, the Education Policy Institute found that, while the number of children referred to mental health services has increased, around a quarter of referred children are turned away. Wider support services, such as early intervention programmes, have also been reduced in many local authorities.

It is difficult to decipher the individual impacts of various budget and service changes on the disadvantage gap, in part because there have been so many concentrated over recent years. In truth, we don’t know if the disappointing results come from what is happening in the education system or from wider social and economic drivers that require different kinds of government action to overcome.

One thing, however, is clear: the government has not delivered on Theresa May’s ambition to tackle the burning injustice of children’s life chances being determined by parental income.

And now? We have a new prime minister who talks about the importance of “levelling up” schools funding, perhaps having not considered that a narrower schools funding gap may mean a bigger opportunity gap for disadvantaged children.